MOSCOW, 23 Jul — RIA Novosti. NASA published a picture of the unusual “high-altitude” clouds in the Northern temperate zone of Jupiter. 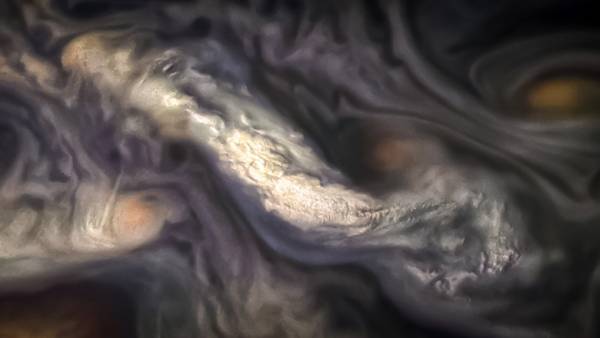 The frame was made using the spacecraft Juno, which was in the 6200 kilometers from the upper layers of clouds.

It is noted that for a long time scientists have tried to understand how deep the swirls, which are part of the belt to form such a complex pattern.

Data obtained with the help of Juno, showed that cloud structure into the atmosphere to a depth of about three thousand kilometers.

Juno was launched August 5, 2011 to study Jupiter and reached its orbit in July 2016. The objectives of the mission included the study of gravity and magnetic fields of the planet, as well as to test hypotheses about the presence of Jupiter’s solid core.