Russia beat Ukraine dispute in the WTO on duties on fertilizers

MOSCOW, July 20 — RIA Novosti. Arbitration by the world trade organization (WTO) upheld most of the requirements of Russia’s claim to Ukraine, about the customs duties on ammonium nitrate produced in Russia, the documents of the WTO. 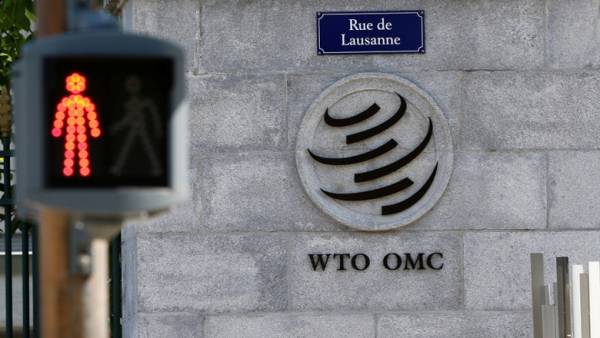 “The Tribunal has decided that the Ukrainian authorities had violated article 2.2.1.1 by denying Russia’s recognition of gas prices for Russian producers (ammonium nitrate — amended) and not providing adequate explanation for the decision”, — stated in the documents. Ukraine has made its own adjustments when calculating domestic prices for gas in Russia, says the WTO.

The arbitral Tribunal also supported the prosecution of the Russian Federation that the Ukrainian authorities acted “inconsistent” to include in the main trial private company “EuroChem”, whose “the margin of dumping” was minimal.

Ukraine in July 2014 more than tripled import duties on ammonium nitrate from Russia (up to of 36.03% from 11.91%) and extend its validity for another five years. This decision was made based on the application of Ostchem enterprises, part of a financial-industrial Group DF of Ukrainian businessman Dmitry Firtash. They appealed to the fact that the price of gas for Ukrainian nitrogen plants chemistry and Russian producers is significantly different.

Russia filed a lawsuit to the WTO in may 2015, saying that the duty of Kiev to violate the antidumping agreement of the WTO. The main claim of the Russian Federation was the fact that Kiev has used unfair methods of adjustments, underestimating domestic prices for gas which the Russian company was acquired for the production of ammonium nitrate.