The European court of human rights (ECHR) ruled that Russian authorities had violated in the case of the participating groups Pussy Riot, and has to pay the girls €37 thousand Corresponding decision is published on the website of the ECHR. 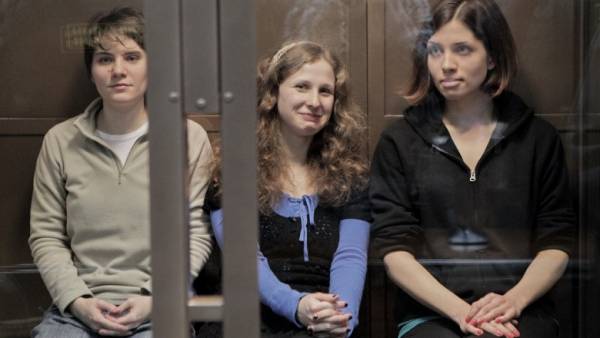 In late February 2012, five girls came to the temple of Christ the Savior in Moscow, wearing masks, conducted the so-called punk prayer. Video of the performance was posted online and caused a public outcry. The police detained three participants of the action — Nadezhda Tolokonnikova, Maria Alekhina and Ekaterina samutsevich. On 17 August the same year, the court sentenced them to two years of colony for hooliganism. October 11, the Moscow city court changed Samutsevich Ekaterina punishment on parole and released, the verdict of the rest of the girls left in force. In December 2013, two months before the expiry of the term of imprisonment, the two activists were released under an Amnesty.

6 Feb 2013 Maria Alyokhina, Nadezhda Tolokonnikova and Yekaterina samutsevich complained to the ECHR. Women believe that in their case had violated article 3 (prohibition of torture and inhuman treatment), article 5 (right to liberty and security of person), article 6 (right to a fair trial) and article 10 (right to freedom of expression) of the European Convention on human rights.