Last year he was in the center of a corruption scandal. 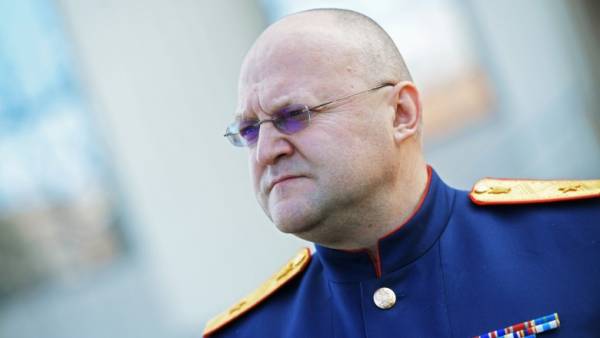 The former chief of investigatory management (GSU) Investigatory Committee of Russia (SKR) across Moscow Alexander Drymanov, recently resigned, detained by the FSB, according to RBC, citing a source in the Investigative Committee and three interlocutors close to the UK. According to one of them, Timanov is arrested as a suspect in a criminal case.

Timanov in the last year was in the center of a corruption scandal. His name was mentioned in a criminal case of bribe high-ranking employees of the TFR (part 6, item 290 of the criminal code) for the release from prison and reduced charges Andrew Kochanova (Italian), one of the closest associates of the thief in law Zachariah kalashova (Shakro Young). The defendants in the case — the first Deputy Drymanov Denis Nikandrov, chief of the interagency cooperation and security service of the RCDS Mikhail Maksimenko and the head of Department of own safety of the RCDS Alexander Limonov.

The case Maksimenko has allocated in separate manufacture and is a significant part of the process was conducted openly. The Prosecutor in the case, Boris Loktionov, disclosing to the court the indictment, called Drymanov in the number of people liberated Kochanova for a bribe. He Drymanov these suspicions categorically rejected. In December 2017, it became known that he was searched. The source of “Vedomosti”, close to SK, in June said Timanov remains in the status of the witness.

In April the Moscow city court sentenced Maksimenko to 13 years in prison and a fine in the amount of 165 million rubles Sentences Lamonova and Nikandrov is pending.

At the end of may Drymanov has resigned. His responsibilities currently performed by the Deputy head of GSU SKR Andrey Strizhov, announced in July, “Interfax” with reference to several informed sources. On the website of the investigative Department Strizhov at the time of publication was listed as acting first Deputy head of the Main investigatory management SK across Moscow.