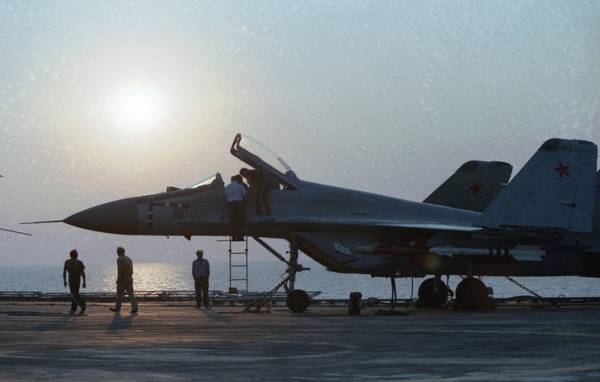 The MiG-29K during the tests on the deck of the aircraft carrier “Tbilisi”, 1990

This year marked the 30th anniversary of the rise to the sky the ship’s MiG-29K. It is considered the first combat aircraft in the Soviet Union, capable of taking off from the deck of the ship and sit on it in the usual way — by run-up and run.