The statements of Donald trump about Vladimir Putin

16 July in Helsinki will be held a meeting of Russian and American leaders. 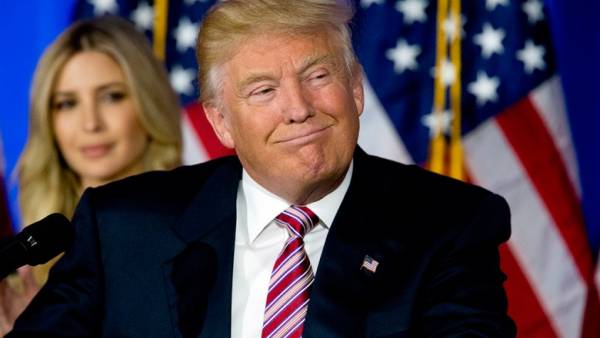 TASS-FILE. 16 July 2018 in Helsinki will host a meeting of presidents of Russia and USA Vladimir Putin and Donald trump. Editorial from the guardian, the DOSSIER prepared a collection of statements of the leader of the United States about the Russian President.

I always knew he [Putin] is very smart!

(December 30, 2016, after the decision of the President of the Russian Federation not to take action in response to the expulsion of the U.S. 35 Russian diplomats, which was announced by the Obama administration on 29 December 2016).

I don’t know if I can get along with Vladimir Putin, I hope. But there is a good chance that I won’t be able. And if I can’t, do you really believe that [the former candidate in US presidents from Democratic party] Hillary [Clinton] would be tougher against Putin than I do? Do not tell me.

I hope that we will have a fantastic relationship. Possible. It is possible it will not. Let’s see what happens.

(during a press conference after talks with Prime Minister of great Britain Teresa may 27 Jan 2017).

Everything will be fine between US and Russia! At the right time will come up, and will be a lasting peace!

Will I be ready (to meet with Vladimir Putin in Helsinki — approx. TASS DOSSIER)? I am fully prepared. I’ve been preparing for this my whole life!

Putin represents Russia, and I represent the United States. He’s my competitor. Not a question, friend of mine or an enemy. He is not my enemy, but I hope that someday he will become my friend… I met him only a few times, he was polite to me, and I was polite to him. We got on very well with each other, you all saw it. I hope we’ll get along again.

(during a press conference on the results of the NATO summit in Brussels on 12 July 2018).