The Federation Council has accused London of trying to influence the summit, Putin and trump

MOSCOW, 16 Jul — RIA Novosti. Telescoping, albeit through the media, the new charges against Russia in the “case Skrypalia”, London desperately and unsuccessfully trying to influence the outcome of the summit in Helsinki, told RIA Novosti on Monday a member of the Federation Council Committee on defense and security Frants Klintsevich. 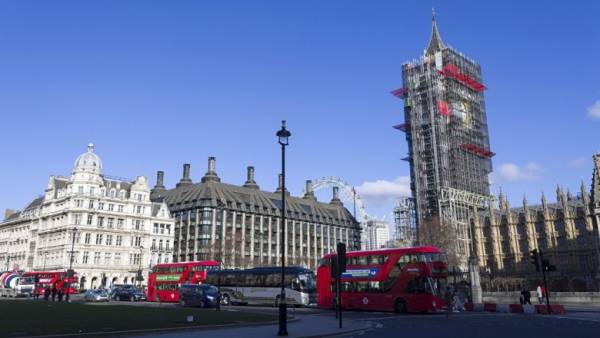 MOSCOW, 16 Jul — RIA Novosti. British investigators believe that Sergei Skripal and his daughter Julia had been poisoned current or former employees of the Main Directorate of the General staff of the Russian armed forces. This statement is contained in an article published Sunday in the newspaper the New York Times.

“Another fake, desperate and unsuccessful attempt of London to somehow affect the results of the Russian-American summit in Helsinki,” said the Senator.

Speaking about the new statements of the British case Skrobala, Klintsevich said that “all this is reminiscent of tossing firewood into a fading fire, but the heat from the fire is long gone — one smoke, and the whole world just coughs from him.”

On Monday in Helsinki will be held the first full meeting of the presidents of Russia and the United States Donald trump and Vladimir Putin.

In the English town of Salisbury on March 4, according to British authorities, was poisoned, former GRU officer Sergey Skripal and his daughter Julia, which triggered a major international scandal. London believes that the poisoning Skrobala substance A234 involved in the Russian government, Moscow categorically denies it. The Minister of foreign Affairs of the Russian Federation Sergey Lavrov in may, said that “it Skripal” is crumbling before our eyes due to the lack of any evidence against Russia.

Official representative of Russian foreign Ministry Maria Zakharova said earlier that in the case Skrobala in the foreign office was sent to about 60 diplomatic notes with the requirement to provide Russia access to the investigation, the affected citizens of the Russian Federation, and also with the request on legal assistance and cooperation proposals, including joint investigation, but the British authorities did not respond to them.