American, driving a jeep, fell from a cliff on the ocean coast in California. A week after the accident she was found alive. 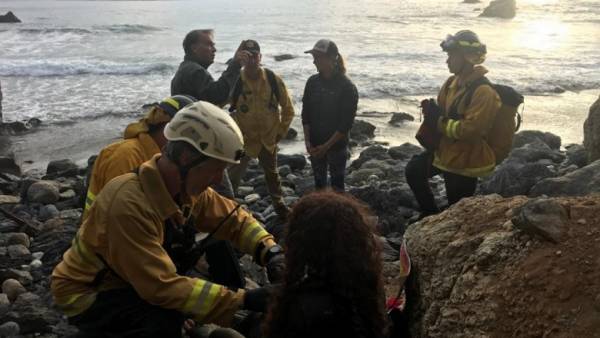 To get to the drinking water in the nearby Creek, 23-year-old Angela Hernandez used the hose from the radiator of his crumpled car.

About the missing girl July 6, was announced by her family: according to them, Angela went to the car from Portland to Los Angeles to visit his sister. First she sent a text message along the way. Then the message was interrupted and the phone would switch to Voicemail. The search began immediately, but they were hampered by dense fog.

Only on Friday, July 13, Angela found a local couple who traveled around with a tent. First tourists spotted the car — a Jeep Patriot, a partially sunken shestidesyatimetrovoy at the foot of a cliff in big Sur. The girl, who managed to leave the car, was nearby, behind the stone blocks. Angela Hernandez was conscious, but her shoulder was injured and it looks like she suffered a concussion.

According to the girl on the highway she had to sharply turn the wheel to avoid a collision with an animal, after which the car flew off the road.

According to the representative of police of Monterey John Thornburg, Angela is lucky to be alive after such a fall.

Usually in such accidents people are broken or carried away in the ocean — she was lucky that did not happen neither one nor the other.John Hornborstel police Monterey

Sister Angela Hernandez wrote on his page in Facebook that the girl would take a long time to recover. “This is a difficult and traumatic situation — a long process of rehabilitation”, — stated in the message.