European Union sanctions against Russia harm relations between Moscow and Budapest, Prime Minister Viktor Orban at a meeting with Russian leader Vladimir Putin, the press service of the Kremlin. 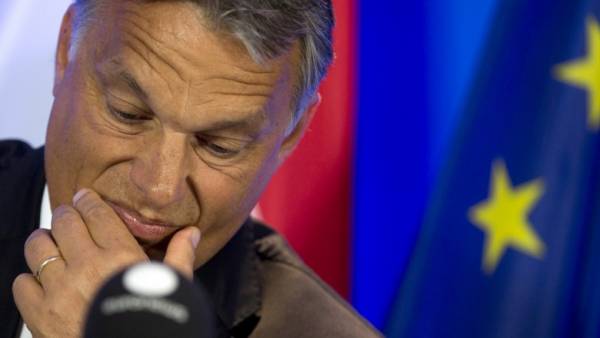 “Frankly, if there were no sanctions that harm us, we could still well ahead to move forward. Of course, these measures harm, we lose opportunities,” — said the Hungarian Prime Minister.

The EU, USA and several other countries have introduced restrictive measures against Russia in 2014 and linking them with the accession to Russia of Crimea, and then — with the conflict in the South-East of Ukraine. In response, Moscow imposed a ban on food imports from most of the countries that supported anti-Russian sanctions. On June 29 the EU leaders decided to extend the restrictive measures against Russia for another six months.