The war from failures nobody is insured. Fall even special forces, although they are taught to fight at the limit of human forces. 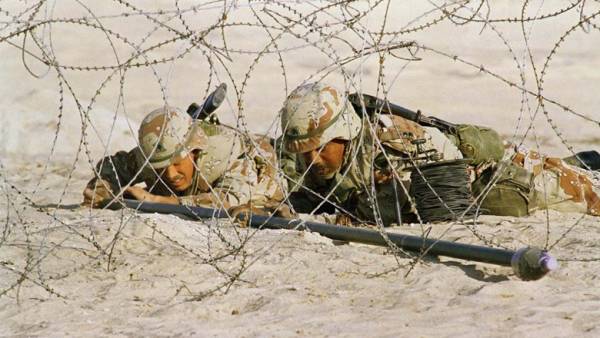 MOSCOW, 15 Nov — RIA Novosti, Andrei Kots. The war from failures nobody is insured. Fall even special forces, although they are taught to fight at the limit of human forces. To sum up can be anything: uncertainty in planning, underestimation of the enemy, finger trembling on the trigger. RIA Novosti presents the most resounding failure of the special forces of different countries.

Elite us army, 1st operational detachment of special purpose “Delta”, 24 April 1980 attempted rescue of U.S. Embassy in Tehran and 53 hostages seized by radicals in November 1979. The diplomatic efforts of the government have not led to resolution of the crisis. And the Pentagon has decided to use the then-unknown “Delta”, created in 1977, in the image and likeness of the legendary British SAS. However baptism of fire by operatives of the unit, to put it mildly, has not worked.

According to the plan of operation, which received the formidable name “Eagle claw”, the commandos had to land with military transport aircraft C-130 on an abandoned British airbase in the desert. There from an aircraft carrier in the Persian Gulf were sent eight helicopters RH-53D. After the landing, “Delta” and topping “turntables” planes “Hercules” was to return, and helicopters — to deliver commandos in a hideout near Tehran and wait for them at a prearranged location. It was further suggested that the operatives of the Delta, is nominated to the Embassy prepared by the CIA trucks, take control of it, and the hostages and officers being evacuated by helicopter from the football field nearby.

Hollywood script failed at the very beginning. One of the six helicopters crashed into the water due to breakage of the blade right at the carrier. The second got lost in a sandstorm and turned back. The remaining six reached base and landed after “Hercules.” However, the base, as it turned out, was near a busy road — the team discovered. Further — more, one of the helicopters touched the blade of the tanker aircraft, and both cars exploded.

Eight commandos and crew members died on the spot, and the group lost all fuel. In the end, Delta had to flee to the survivors of “Hercules”, throwing in the desert five turntables with empty tanks.

Page of shame in the history of the German secret services, no doubt — the operation to liberate the hostages at the Olympics in Munich in 1972. the radical Palestinian organization “Black September” seized by members of the national team of Israel. The militants demanded the release of their comrades from Israeli prisons, but tel Aviv for talks with the terrorists refused to go. Had to move the German forces that did not have sufficient experience for such a complex operation.

According to the requirements of their extremists, along with related hostage two military helicopters delivered to the airport of Fürstenfeldbruck, where already waiting for the plane, which was supposed to fly to Cairo. The crew — dressed as police officers were preparing to neutralize the terrorists as soon as they climb aboard. Outside, they covered five snipers (in fact — the usual shooters, without special training). But in a matter of minutes before the arrival of the helicopters the police for still unknown reason, left the plane.

The militants realized that was ambushed and rushed back to the helicopters.

As a result, a chaotic shootout five terrorists were killed, but the remaining hostages were shot from machine guns. Killed eleven members of the Israeli Olympic team.

After the failure in Germany a year later formed a professional anti-terrorist unit GSG-9, which today is considered one of the best in the world.