Finnish newspaper appealed to Putin and Trump in three languages

The largest newspaper in Finland, Helsingin Sanomat published an open letter to the presidents of Russia and USA Vladimir Putin and Donald Trump. 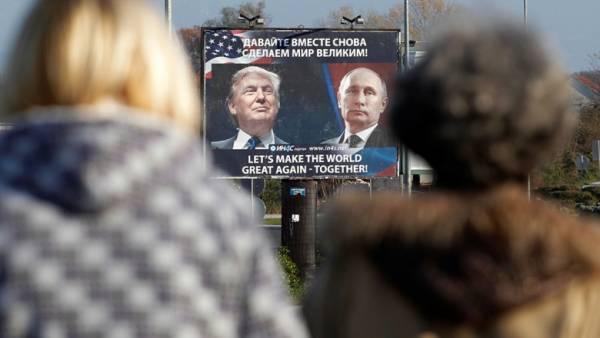 16 July in Helsinki will be held a meeting of heads of state. The text is given in three languages — Finnish, Russian and English.

“The upcoming summit brings the people of Finland memories of such meetings in years past. Often happened that the arrival of the first persons of the superpowers in Helsinki was marked by a tense atmosphere, but parted leaders with smiles on their faces,” the letter reads. The document States that this phenomenon has a special name — “spirit of Helsinki”.

“From the continued degradation of relations between the US and Russia does not benefit anybody. Therefore, the summit in Helsinki is an important event, despite all the difficulties”, — the document says.

On July 14 it became known that the streets of Helsinki, adjacent to the presidential Palace on the day of the meeting of Putin and trump will block. Restrictions will apply including technical and operational services.