Whether poisoning in Amesbury to divert attention from problems with Brexit

The investigation of poisoning in British Amesbury moved from the dead point, the police found a bottle of nerve substance, which allegedly poisoned don Sturges and Charlie Rowley. Meanwhile, in the UK there are increasing disagreements about the position of Theresa may on Brexit — will the Prime Minister use a new scandal with poisoning to divert attention from other problems, understood “Газета.Ru”. 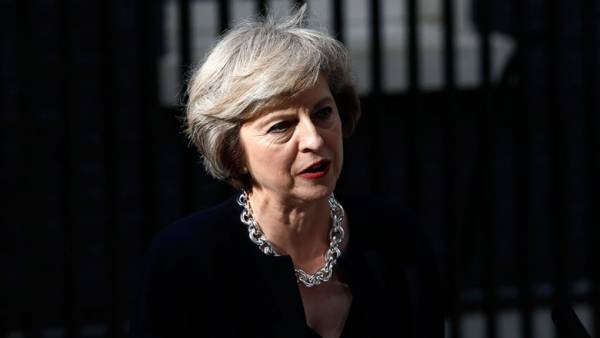 British police after six days of searching found a possible source of nerve agent, exposure to which has been don Sturges and Charlie Rowley in Amesbury. Investigators found in the house of the victims bottle with traces of poison.

Now the investigation continues in several areas the police finds out how the poison was in the bottle, while experts on chemical weapons in military laboratory Porton Down are trying to establish whether a substance or exposure which was subjected to Sturgis and Rowley, to the same party as the poison that was poisoned Sergei Skripal and Julius in Salisbury.

We will remind, 44-year-old don Sturges and her 45-year-old roommate Charlie Rowley was taken to the district hospital, Salisbury, in an unconscious state on 5 July.

Initially, the doctors explained the condition of patients with drug overdose, but soon suspected a poisoning with nerve substance. The woman died on the evening of 8 July, the second victim remains in critical condition.

Prime Minister Theresa may said she was “shocked” by the death of a citizen of the United Kingdom. “I’m stunned and shocked by the death of don Sturgess, my thoughts and condolences go out to her family and friends,” wrote Mei on Twitter. The Prime Minister added that police and security personnel now establish the facts of this incident will now be investigated as a homicide.

Scientists at Porton Down hope that in the container found in the house of Sturgis and Rowley, there is enough substance to determine its origin. They will compare a sample found with poison, who four months ago was attacked Skrypali — experts, however, have a very small amount of both substances. Although the police “cannot claim” that in both incidents appeared one and the same poison, this version remains key in the investigation.

London has not yet made any statements on possible new measures against Russia, but after the hospitalization of the injured persons 5 Jul Moscow was sent another request with the requirement to provide full information on poisoning Skrobala.

On the same day the press Secretary of the Russian Embassy in great Britain and Northern Ireland Konstantin Shlykov once again emphasized that Russia “there can be no “official version” of Moscow were denied access to the investigation materials, samples detected substances, and also to affected citizens.

“The UK has rejected our offer of cooperation in the framework of the Convention on the prohibition of chemical weapons, not responding to our requests for legal assistance in the context of the instituted in Russia criminal case, not responding to our numerous questions on the incident, in breach of its obligations under the consular conventions”, — reminded Shlykov.

However, some British politicians speak directly about the responsibility of the Russian side.

The Minister of internal Affairs of great Britain, Sajid Javid, on 6 July stated that for UK citizens “it is totally unacceptable to be deliberate or accidental purpose” of the use of toxic substances, and the British streets, parks and the city can’t be a place for spreading poison. Then demanded: “It is time for the Russian authorities came out and clearly explained what happened.”

About the “fault” of Russia in the poisoning of British citizens in Amesbury, said the British defense Secretary Gavin Williamson. “The reality is that Russia made an attack on the British soil, which led to the death of a British woman,” said the Minister.

The Russian foreign Ministry’s accusations Williamson called the “old mantra” that the “Russians did”. “Maybe you could come up with something new? For example, to conduct a thorough and extensive investigation?”, — said in a message posted on the official Twitter account of the guardian on 9 July.