Diamonds of the Russian Empire: how to divide the property of the king

Than owned by the family of the last Russian Emperor. 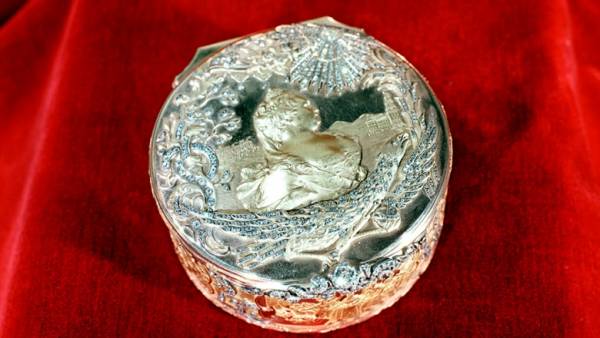 Exactly 100 years ago, the property of Nicholas II became the property of the RSFSR. What he lived devoid of valuables the Emperor, what fate was waiting for the gilded double-headed eagle with his beloved yacht the monarch and why strapless bodice princesses had the most expensive piece of clothing — in the material “Газеты.Ru”.

Four days before the execution of the Royal family, July 13, 1918, Vladimir Lenin and Vladimir Bonch-signed the decree of people’s Commissars “On the nationalization of the property of the dethroned Russian Emperor and members of the former Imperial house”.

Heritage of the Russian Federation after the signing of the decree was declared the property of all members of the Romanov dynasty, “whatever it was and wherever it was, not excluding deposits with credit institutions, both in Russia and abroad.” Money and valuables surrendered to the revenue of the Treasury — in the Treasury or in companies of the people’s Bank.

According to one of the provisions for “intentional failure” about anything concealed, the perpetrators could be convicted of theft of state property.

To divide the property of the Imperial family and similar persons began during the February revolution of 1917. For example, it was plundered and burnt the house of the Minister of the Imperial court of Vladimir Fredericks, the ruined mansion of the prima ballerina of the Imperial Mariinsky theatre Mathilda Kshesinskaya.

Descendants of Emperor Nicholas II will pass through the Crimean bridge

Grand Duke Andrei Vladimirovich as reported by one of the officials of the Ministry of justice in its letter, the accounts were, as stated, more than 60 thousand rubles. “Diamonds, gold, silver sealed in the Palace, furniture, library, paintings and other protection of a military guard; and the keys of the premises are at the commandant. All these measures taken by us with Your consent, with the sole purpose to protect the Palace, as the property of the people, and not as a private property of the former Grand Duke,” the document reads.

The author of the letter asks how to do next, because civilian “could take on their conscience,” guarding the private property of the person who is “an enemy of the people in the past and a possible enemy in the future.”

Ask to guard the Palace of the military, according to officials, “at this time it would be on our part a conscious crime against the army.”

After the abdication of Nicholas II March 2, 1917, all attention turned to the condition of the Romanovs themselves. The interim government was supposed to solve the question: how and what to Fund the Royal family, and also to decide on management of their money and storage of the nationalized values.

The Palace on the police boat

The main proponent of withdrawal of the greater part of the jewels of the Imperial house were made by the head of the Petrograd Palace management the General-Lieutenant Vladimir Komarov. In may 1917 he asked the Provisional government for permission to transfer the Deposit to the office of the former office of the Emperor valuables that belonged to the former Emperor and the Empress, with a total value of nearly 93.5 million rubles.

A few months later, the Provisional government adopted a decision “On the delimitation of the personal property of some members of the house who reigned from the property of the state”. Was then nationalized all of the Imperial residence, the funds of the Cabinet of the Emperor was transferred to the Ministry of Finance, was discontinued payments to the Imperial family from the State Treasury.

Then Romanov had selected the two yachts that were considered “employed.”

Proud of Nicholas II was another boat — the “Standard” worth 5.5 million rubles. “The yacht is very beautiful on the outside and well decorated inside,” — wrote the last Russian Emperor in his diary.