Greece’s expulsion of two Russian diplomats and a ban for two more employees of diplomatic missions is an attempt by Athens to restructure debt. This “news” reported two people in the diplomatic circles of the Russian Federation. 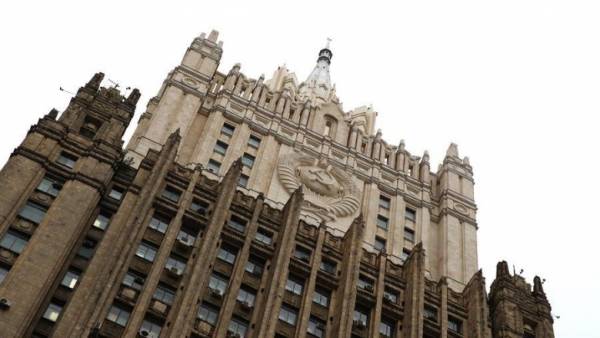 “The Greek side expulsion and ban on entry for Russian diplomats marked the beginning of the NATO summit in Brussels. The essence of this gesture is to Express their hostility to Russia, but to show solidarity with the countries of NATO and the EU to prove that Athens are on the side of Euro-Atlantic unity”, — said the source “Izvestia”.

Another interviewee confirmed the intention of Russia to meet the mirror, however, has not yet been determined, I will send Moscow the four depravation or make by analogy with the gesture of Greece.

As have informed “news” in Embassy of Russia in Greece, the parties are preparing for the visit of the foreign Minister of Russia Sergey Lavrov to Greece at the invitation of his counterpart Nikos Kodzias. We also discuss the visit to Moscow by Greek Prime Minister Alexis Tsipras. Dates of visits are agreed.