The Chinese confessed to the intentional destruction of the ozone layer

Chinese businessmen admitted that emit in the Earth’s atmosphere banned chemical that Deplete the ozone layer. To find violators of international treaties has been the environmentalists, who pretended to be buyers of building materials. 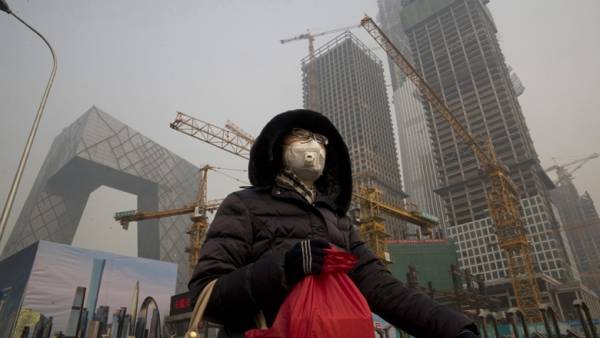 Unexpected continuation was received by history with the newly revealed contamination of the Earth’s atmosphere is a dangerous chemical that Deplete the ozone layer. She surfaced in mid-may, when the journal Nature published an article, which States — in recent years, the world has sharply increased emissions in the Earth’s atmosphere trichloromethane (CFC-11), freon, leading to an increase of the ozone hole.

In the 1970s, the American scientists have found that a number of chemicals used in industry, capable of destroying the Earth’s ozone layer. Molecules of chlorofluorocarbons (CFCs) were very resistant in the lower atmosphere, but in the middle layers of the stratosphere by ultraviolet radiation broke up, releasing chlorine, which destroys ozone.

One of these prohibited substances became relevant to galogenirovannami hydrocarbons Trichlorofluoromethane (CFC-11), used as refrigerant, foamer, and were part of aerosols, medical, technical and household purposes. By the time of the Treaty around the world annually emitted about 350 thousand tons of CFC-11, but by the end of the twentieth century, the emissions decreased to 54 thousand tons. According to the Protocol, its production and use should be phased out by 2010 (in particular, Russia has refused him in 1998-2000). Since 1993, its concentration in the atmosphere has decreased by 15%.

However, observations showed that in 2006, emissions of CFC-11 was close to the value zero, then in 2013, they amounted to more than 14 thousand tons.

“We came to the conclusion that someone produces CFC-11, which leaked into the atmosphere, explained study author Stephen Montzka. — We don’t know why they do it and for what purpose — it can be a byproduct of some chemical process.” At the end of June the newspaper the New York Times conducted its own investigation and suggested that the emissions trichlorfluormethane happen in China, where it is used as, for example, blowing means.

And now the British organization the environmental investigation Agency (EIA Environmental Investigations Agency), presented to the public a report which says about the existence in China of an entire industry responsible for large-scale emissions trichlorfluormethane, despite the ban of its use, in force since 2010.

Speaking as buyers, environmentalists have achieved recognition of Chinese manufacturers into using this substance at least 18 plants located in ten Chinese provinces.