People’s fame comes not only to the honored artists, the great laborers and brave heroes. It is also given to known criminals that their unlawful activities for a long time go down in history.

This time we have compiled a list of the most popular men in the world — from the legendary American gangster al Capone to a ruthless serial killer Andrei Chikatilo. 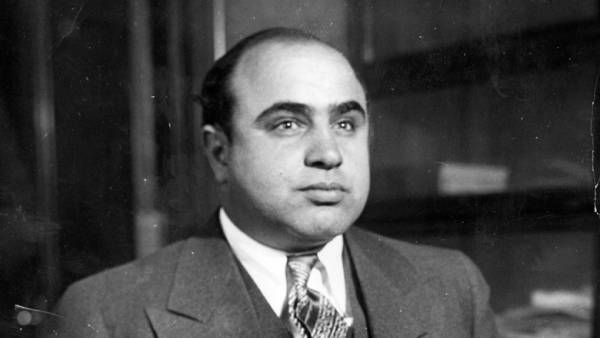 One of the most important gangsters of XX century, actively pursued criminal activity during prohibition and the great depression in the United States.

From the earliest years of Alfonso Gabriel Capone was naughty and aggressive guy. In sixth grade he attacked his teacher during a lesson, after which he quit school and soon began to engage in criminal Affairs.

By the age of 18 Capone was suspected of two murders and many lesser crimes that forced him to leave new York and move to Chicago. There began his meteoric career in the criminal Empire of an influential gangster of those times johnny Torrio.

Many believe that al Capone invented a system of “laundering money” when illegally earned finances from contraband alcohol was necessary to legislate. To do this, the gangster opened the large laundries, where the Americans came and gave you to wash your clothes.

For a long time the law enforcement agencies of America could not catch al Capone because his crimes were very hard to open. And there was the legendary case of non-payment of income tax. He received 11 years in prison to 30 years but served only seven of them. After release, Capone was already terminally ill with syphilis, which almost completely destroyed his body.

Bin Laden created the Islamic terrorist organization al-Qaeda, which claimed responsibility for the attacks of 11 September 2001 in new York, the bombings of U.S. embassies in Africa in 1998, and for other bloody events. 52 he is the son of multi-millionaire Mohamed bin Laden, who died in 1968 in a plane crash.

Future terrorists graduated from an elite school, and also studied at the University of king Abdul-Aziz faculty of Economics and management. In 1979 bin Laden fought alongside the Mujahideen against the army of Soviet troops in Afghanistan. Then he actively helped the Afghan resistance, supplying arms, money and new fighters.

Some time later, after the war in Afghanistan was over, the terrorist has declared America enemy number one, and the murder of the American people and its allies called the duty and obligation of every Muslim.

Subsequently, the US government has declared bin Laden as the main enemy of the United States and start actively hunting for his head.

That terrorist is dead started talking back in 2001, after the bombing in Afghanistan, however, soon denied this information. Then in 2006, the French media spread the news that bin Laden died of typhoid, but the stuffing also turned out to be wrong. In 2007, the Prime Minister of Pakistan said that bin Laden was killed, but it was not so.

To truly eliminate the terrorist managed may 2, 2011 American special forces. The operation was called “Neptune Spear” and was sanctioned by former US President Barack Obama.Charles Manson

Charles Manson is an American criminal who in 60 years have created a cult called “the Family”, whose members have committed some terrible crimes. The most notorious of which is the murder of a pregnant wife of Director Roman Polanski, actress Sharon Tate.

Manson had a tough childhood. When he was six years old, his mother went to prison for attempted robbery of a gas station, and his father the boy didn’t even know. He very badly in school, so 12 years was determined to reform school, where they were assaulted by older students.

In my twenty years Manson managed to steal more than one car, for which he received his first term. After three years of imprisonment, he was released, becoming a pimp. Then again landed in jail and already for 32 years, 17 of them he spent in captivity.

Soon Manson, Mary Brunner, who became the first adept of the sect “Family”, and later they began to live in the same municipality along with 18 other women.