Times: may threatened to fire Johnson if he tried to undermine a deal on Brexit

TASS, 7 July — the head of the British foreign office said earlier that the issue of implementation of Brexit is approaching the moment of truth, which will require the British Prime Minister to take a more belligerent attitude towards the EU. 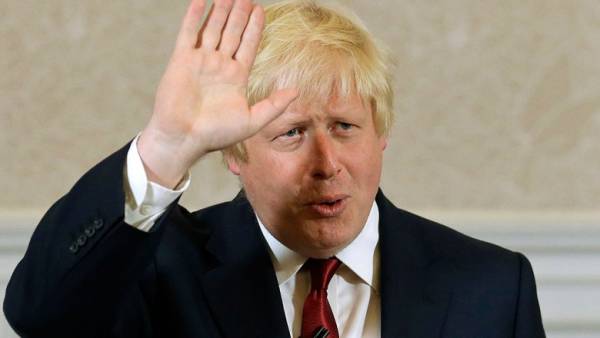 Prime Minister Theresa may has promised to the resignation of the British foreign Secretary Boris Johnson, if he tries to weaken her office agreed a collective position on future negotiations with the EU. On Saturday the newspaper writes The Times.

According to the newspaper, the Prime Minister urged the ruling Conservative party to unite and move towards the deal with Brussels.

According to The Times, may also sent conservatives a letter, which gave them clearly to understand that the Ministers who voiced dissatisfaction with her negotiation plan will be dismissed.

“While we worked through our policy of Brexit, I let colleagues in the Cabinet to Express their individual views. Agreement on this proposal means that now things are different and that collective responsibility is fully restored”, — quotes its words the edition.

Earlier, as reported by the information resource BuzzFeed, Boris Johnson said that with the implementation of Brexit is approaching the moment of truth, which will require Mei to take a more militant stand against the European Union. The head of the British foreign Ministry also said that “more enthused” by US President Donald trump, who would sow chaos in the case of the implementation of Brexit.

On Friday it became known that in discussions in the Prime Minister’s country residence of Chequers, the British Cabinet agreed a collective position on future negotiations with the EU.

Following the meeting, Theresa may announced that the UK supports the establishment of a free trade zone with the EU after Brexit.