Theresa may and the government agreed on a strategy for “Broksita”

Prime Minister Theresa may and the Cabinet of Ministers came to a common position on trade issues and customs in the framework of the “Breccia”. Thus was overcome the existing disagreements over the strategy of leaving the EU, according to Reuters. 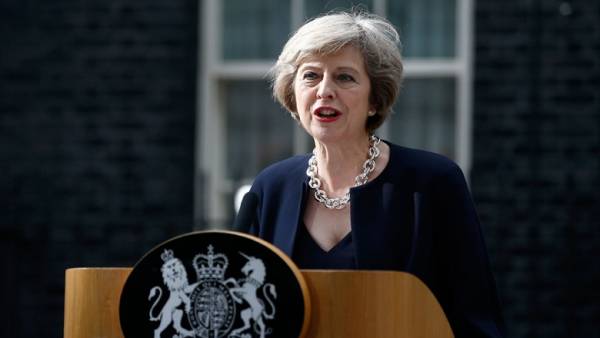 “After detailed discussions the government has adopted a common position for further negotiations with EU”, — stated in the message of the Prime Minister’s office.

“We offer to create a free trade zone with the European Union and to establish acceptable business customs and regulations”, — stated in it.

Now these proposals will be discussed with European Union officials.

We will remind, negotiations on the terms of a British exit from the EU will be held through June 2017 in Brussels. Formal release is scheduled for March 29, 2019.