The head of the regional Ministry of culture and tourism Andrey Ermak described the organization of the 2018 world Cup in Kaliningrad quote group “Krovostok”, the correspondent of “New Kaliningrad”. 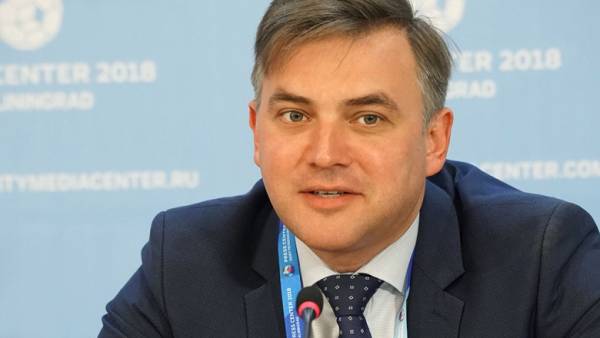 At a briefing on 4 July, on the results of the world Cup in Kaliningrad, the Minister said that the region held the championship matches “on a solid five”. At the same time Andrey Ermak noted the problems with the language training of tour guides, hotel staff, and staff stations.

According to the head of mincultura arising from the tourists ‘ problems were mostly technical in nature and promptly resolved.

Know how sings a wonderful group, “Have a plan B, plan B generic”. Yes? We had the universal plan B is a tourist information center with its resources, with its capacity for rapid response to any questions.Andrey Ermak

Recall the song about the universal plan B belongs to the Russian group “Krovostok”. In the original version of the text reads as follows: “Specific plan” B ” I have no he ***** (generally) not needed. Plan B generic, Frank ******* (indifference) and weapons”.