The assets of “Gazprom” escape from “Naftogaz” 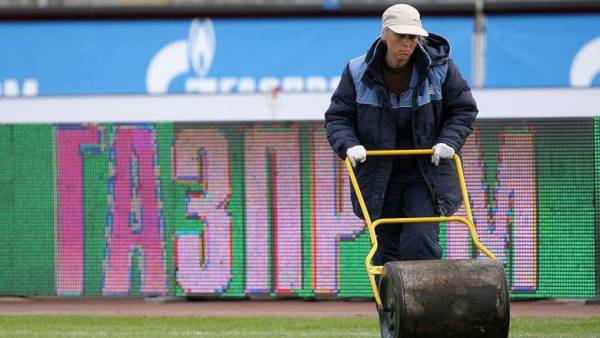 “Naftogaz” stated that he was able to resume the arrest of the shares of Nord Stream AG Nord Stream AG 2, which he wants to recover as part of the obligations of “Gazprom” at $2.6 billion, which the Russian company should pay for the decision of the Stockholm arbitration. It turned out that Gazprom was able to remove a lien on these assets has already been imposed in late may, however, “Naftogaz” has filed an appeal against this decision and was able to resume custody, but only until the hearing of their appeal. So, now “Naftogaz” it is necessary to prove their case to the Swiss court despite the fact that the Swedish court had already invalidated a compulsory collection of us $2.6 billion from Gazprom.

The litigation between “Naftogaz” and “Gazprom” around $2.6 billion, which the Russian company must pay the Ukrainian in February the decision of the Stockholm arbitration, continues. In another small episode in this struggle “Naftogaz of Ukraine” announced the victory of the Ukrainian company, according to her message, managed to convince the Swiss superior court of the Canton of Zug to maintain the seizure of the shares of Gazprom and Nord Stream AG Nord Stream AG 2 (this is the companies—operators of gas pipelines “Northern stream” and “Nord stream 2”).

Along the way, it turned out that since the end of may, when “Naftogaz” for the first time triumphantly announced the arrest of those assets, the situation is diametrically changed.

From the message of “Naftogaz”, it follows that the body recovered in the Canton of Zug decided to lift the arrest of the shares of Gazprom, imposed on may 29. According to “Naftogaz”, it was done “only on the basis of the statements of Nord Stream AG Nord Stream AG 2 that the shares are outside of the Canton of Zug and, therefore, outside the jurisdiction of the authority to recover debts, and therefore should be excluded from the list of seized assets.”

“Naftogaz” has filed an appeal against this decision on sanction, and at the same time asked for urgent interim measures in the Supreme court of the Canton of Zug. In the past, the Ukrainian company has prospered, and now the shares of these two companies will be under arrest until the decision of the appeal.

However, the parties are reversed: in the beginning, “Gazprom” had to convince the Swiss authorities to withdraw the arrest, now “Naftogaz” is trying to convince him to keep.

Position “Naftogaz” degrades the fact that the Swedish court of appeals district, Svea imposed a ban on compulsory collecting with “Gazprom” of $2.6 billion up until will not consider on the merits the appeal of the Russian company on the arbitration decision. As already wrote “Kommersant”, in such a situation, the judicial authorities of other countries, is likely to take a neutral stance that is likely to keep the seizure of assets in cases where it is already imposed, but will not make decisions about the arrest of new assets. “Naftogaz” stated that he had taken measures to freeze assets, in addition to Switzerland, in the Netherlands and the UK, however, was whether an arrest is made of any of the assets is unknown.