The thin red line: what the military combat lasers

How and why Russia, China and the United States develop laser weapons. 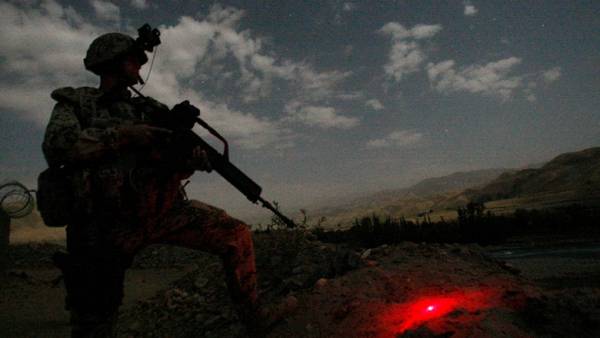 Laser weapons have gone from sci-Fi films into real life. Laser cannon to destroy the drones, burn out the guidance system of missiles and even blind manpower. “Storm” understood who and what develops combat lasers and how they will apply the military in the near future.

Military-industrial company started the development of combat lasers long before the first “pow-pow” came from the audience of “Star wars” in the heart. For 27 years before the premiere of the space Saga of George Lucas, Soviet and American scientists have boggled the imagination and learning targets with a laser beam.

Half a century later, the novelties of the Russian defense industry was represented by President Vladimir Putin. He listed the weapons, working “on new physical principles,” putting among them, and the combat laser. Later, the novelty has received during the voting on the website of the military Department of the name “Peresvet”. Technical characteristics of the laser have not been disclosed — is now on him to continue to work with scientists at the Federal nuclear centre in Sarov. Even the parade of other new products, the laser is not allowed — you need too many support vehicles. Perhaps the problem will be solved with the release of a new platform for “overexposure”.

Despite the small amount of data about the new Russian laser, the Russian military is in no hurry to praise the new product in the press. Former Deputy defense Minister Yuri Borisov said that Russian lasers already better than the American samples. In an interview with TV channel “Russia 1” Borisov pointed out that the Americans created the “experimental samples, which allow you to destroy lightly armored vehicles, and cause damage manpower”. The former Deputy Minister noted that in this direction, “move,” but Russian scientists are “certain handicap”.

While it is not clear which tasks will execute Russian laser. Interviewed by “Storm” experts point out that, most likely, “Peresvet” will be used to protect against missiles and air threats. “Beam is much easier to hit the individual elements of control and guidance of missiles or drones,” explains a possible working principle of laser Russian military expert Anatoly Tsyganok. He recalled that previously shown “competitor” “Peresvet” — mobile laser complex HELWS-MRZR was able to shoot down a drone hovering two meters above the ground.

…but has no end

In 70 years, scientists could only dream about such results. For 20 years the best minds of the two superpowers worked on the “super weapons” that can hit the satellites and open the era of “cosmic wars.” The Americans were trying to develop laser based on carbon dioxide. However, the dispersion of the light beam was too high, causing military application of the laser was impossible — he’s just not focused on the object, and thus, could not “warm up” and destroy it.

that is capable of modern high-tech weapons

In the mid-70s Americans went with carbon dioxide oxides of iodine and deuterium. So, after 30 years there is a system for the YAL-1 on the basis of the Boeing 747-400 °F. the Program was launched in the XXI century, but did not last long, in 2011 the project was closed. Three years later, the only copy of the flight disposed of.

In parallel, in the next decade, during the presidency of Ronald Reagan, has developed a program for Strategic defense initiative, which included the use of space-based lasers to counter Soviet missiles. Testing of laser systems for this program gave the first serious results. The Americans managed to shoot down in test mode a few drones and ballistic missiles. The program eventually closed, but the achievements of U.S. scientists continued to use in future projects.