In the United States died, the Russian poet Nahum Korzhavin

On 93-m to year of life has died the poet, translator and playwright Naum Korzhavin. 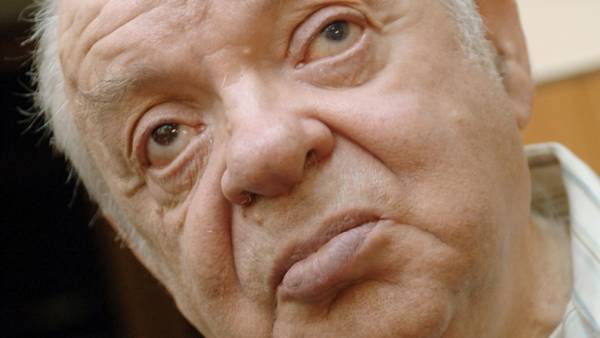 About this on his page in Facebook said the poet and musician Veronica Valley.

Naum Korzhavin (real name Nahum Mandel) was born 14 Oct 1925 in Kiev in a Jewish family. In 1944, he arrived in Moscow. In 1945 he entered the Literary Institute. In late 1947, at the height of the Stalinist campaign “against cosmopolitanism”, Korzhavin was arrested. About eight months he spent in the detention center of the Ministry of state security of the USSR and at the Institute. Serbian.

Was convicted by a resolution of the Special Council (OSO) at MGB and sentenced to exile under articles of the Criminal code 58-1 and 7-35 — as a “socially dangerous element”.

In the autumn of 1948 he was expelled to Siberia. In 1951-1954 years in exile in Karaganda. In this period graduated from the mining College, and in 1953, received the diploma of the foreman.

In 1954, after the Amnesty had the opportunity to return to Moscow. In 1956 he was rehabilitated. Recovered in the Literary Institute, and graduated in 1959. In the period of “thaw” began to publish his own poems in magazines. More widely known for his publication of the selection of verses in the poetic collection “Tarussky pages” (1961). In 1963, with assistance from Evgenia Vinokurova was a collection korzhavina “Years”, which included poems 1941-1961 years. In 1967 the Theater. Stanislavsky staged a play korzhavina “Once in the twentieth.”

In addition to official publications, poems korzhavina were distributed in samizdat lists. In the second half of the 1960s Korzhavin spoke in defense of “prisoners of conscience” of Daniel and Sinyavsky, Galanskov and Ginzburg. This led to a ban on the publication of his works.

In 1973, after interrogation in office of public Prosecutor, the poet had applied to leave the country, explaining his move as “a lack of air for life”. Korzhavin went to the USA and settled in Boston. Became a member of the editorial Board of “Continent”. In 1976 in Frankfurt am main (Germany) has published a collection of poems korzhavina “the Times” in 1981, there is a collection of “Plexus”.

In post-perestroika era at korzhavina have the opportunity to come to Russia and conduct poetry readings. The first time he came to Moscow at the personal invitation of Okudzhava in the second half of 1980-ies. In 2016 he became the laureate of the award “the Poet”, is awarded for the highest achievements in Russian poetry.