Unknown made attempt on the President of Zimbabwe Emmerson mnangagwa, the. 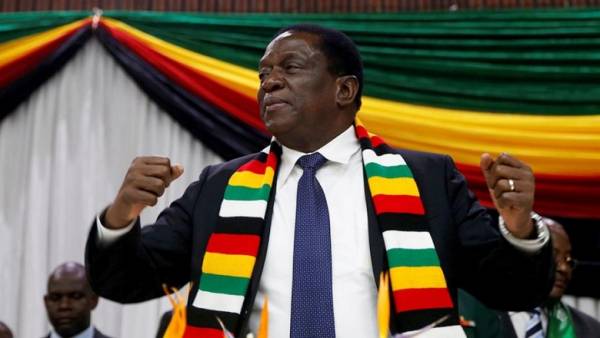 According to the Al Jazeera TV channel, the explosion occurred when the head of state descended from the stage in Bulawayo, where he spoke at a rally in the electoral campaign. According to the press Secretary of the President, the politician was not injured and is safe.

According to preliminary data, injuring several people who were near the epicenter of the explosion.

75-year-old Mnangagwa became President of Zimbabwe in November last year, succeeding the 94-year-old Mugabe, who was forced to resign after military intervention. The new head of state proclaimed the policy of political and economic transformations in the country. July 30, the Republic will be the first since the independence General election.

A few hours earlier in the capital of Ethiopia during a rally in support of the new Prime Minister of the Republic of Abia Ahmed explosion. The politician, who also participated in the action, was not injured.