MOSCOW, June 20. /TASS/ — antónio Guterres is scheduled to meet with President Vladimir Putin, and also to watch match of the world Cup. 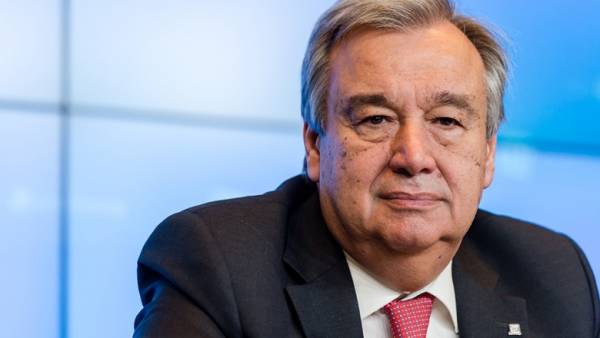 UN Secretary-General, antónio Guterres, arrived in Moscow, where he plans to meet with Russian President Vladimir Putin, Russian foreign Minister Sergei Lavrov and to attend the match Portugal — Morocco in the world Cup. According to TASS, the plane with Guterres landed in one of the capital’s airports.

His talks with Lavrov will be held on Thursday, and on Wednesday the Secretary General will go to the football in “Luzhniki”. The date of the meeting with Putin has not yet announced neither the Kremlin nor the press service Guterres.

Guterres has previously stated that it intends to use the trip to Russia to discuss with the leadership of the country cooperation on problems of the UN in various areas. In the programme of the Secretary-General also participated in the meeting of the international discussion club “Valdai”.