The scientists said, this is dangerous to do tattoos

MOSCOW, 19 Jul — RIA Novosti. Applying a tattoo to the human body with a depressed immune system may cause him the most powerful chronic inflammation of the muscles, to get rid of that would be almost impossible, say doctors in an article published in the journal BMJ Case Reports. 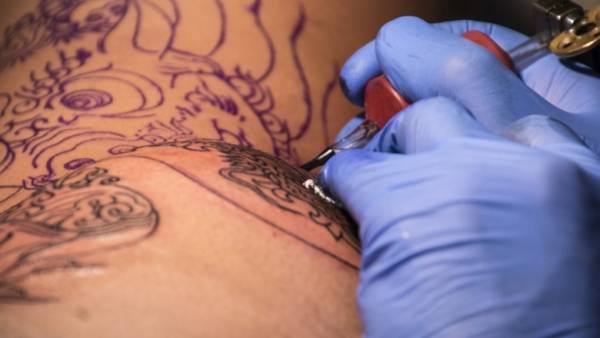 “Of course, in this case we cannot speak of a direct causal relationship, but the facts, as they say, is obvious. These lesions appeared exactly at the same place and in the same part of the body, which was covered tattoo. No other possible causes of the development of this pathology we found,” said William Wilson (William Wilson) of the National health service of Britain in Glasgow (Scotland).

Tattoos are one of the most ancient examples of fine art created by man. Today scientists believe, based on ancient Egyptian mummies, and traces of pigments in the tombs of more ancient inhabitants of the Earth, people learned how to apply a permanent tattoo on your body before the birth of civilization, and since then this art became an integral part of secular and religious culture of many peoples of the world.

In recent years biologists and doctors have been actively interested in how tattoos affect health.

Recently, scientists from France have found that the immune cells can carry particles of ink from tattoos in lymph nodes and other parts of the body where they can cause inflammation and promote cancer development.

Wilson and his colleagues have uncovered an interesting example of the interaction of the immune system and tattoos, studying the history of the disease 31-year-old Scottish girl who decided to put another picture on his foot after a successful trip to the tattoo parlor for several years before that.

She appealed for help to the doctors about a week after this procedure, complaining of terrible pain in the hip, knees and around. The doctors prescribed her tramadol and other painkillers, but pain not disappeared even after nine months of treatment in the clinic, what made Wilson and his colleagues to further study its history.

The solution to this problem was very simple — for two years before she decided to make a second tattoo, a young woman survived a lung transplant and was constantly taking pills that suppress the immune system.

The weakening of the immune system in a strange way influenced the “relationship” tattoos and the immune system. Instead of trapping the paint particles and stay inside the skin, the cells began to spread on the muscles, and cause chronic inflammation, which caused weakness in the legs and caused the girl pain.