Women’s voices become lower. What is the reason?

No, of course, before Chaliapin, the bass is still far away, nevertheless some recent studies showed that in several countries women’s voices sound lower. What’s going on? 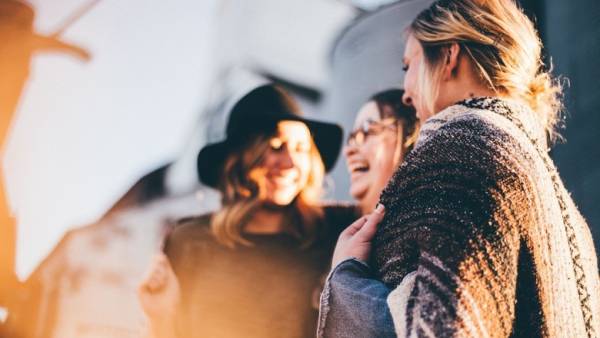 If you listen to recordings of broadcasts 1940-1950 years, you will immediately notice how much differently then the people said.

The most notable difference is the pronunciation, intonation. Language is not something fixed, it evolves, trying to meet the demands of his time.

For example, in Britain today very few speak the so-called normative pronunciation is “received pronunciation”. Even Queen Elizabeth II has lost some glass notes in the vowels, peculiar to her voice in his youth.

It is believed to be the result of changes that have occurred in British society, its hierarchy, its class structure — linguistically all mixed up, and it even reached the level of Her Majesty.

But the differences not only in pronunciation.

Changes in society affected how voices: contemporary women, they are much lower than their mothers and grandmothers — as the researchers believe, because of the changing dynamics of influence of men and women.

Cecilia Pemberton from the University of South Australia examined the voices of two groups of Australian women aged 18 to 25 years. She and her colleagues compared the records speaking women, made in 1945, with later records in the early 1990s.

The researchers found that over the five decades, the fundamental frequency decreased by 23 Hz from the average of 229 Hz (about sharp small octave) up to 206 Hz (approximately g sharp). This difference is easy to hear.

The researchers carefully selected samples of the recorded speech, taking into account the different demographic factors: for example, all women were University students and none of them smoked.

In addition, note was taken that the women of the ‘ 90s could take birth control pills, which leads to hormonal changes and is able to change the voice. These women were excluded from the analysis, however, and then the results remained the same.

According to scientists, changes in the height of the female voice reveal a more prominent role in society, which is now played by women.

Talk to a deeper voice, they tend to emphasize your credibility and leadership at work.

It is known that former British Prime Minister Margaret Thatcher specifically dealt with the teacher’s voice, to learn how to sound more authoritative. She managed to modulate his voice as much as 60 Hz that is just amazing.