The US President noted that “fake” media in their own way interpret received information. 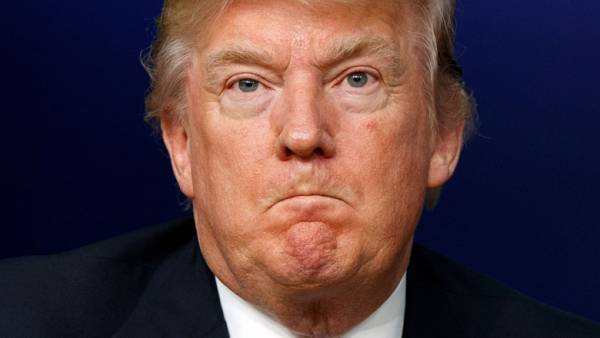 The US President Donald trump has expressed indignation of actions of employees of the Federal Bureau of investigation (FBI), organized from the Department leak a large amount of information in the liberal media. The “lying” media to give their own interpretation of the data obtained, wrote the American leader in his microblog Twiterr.

“Why the FBI gave so many fake information to the press. They don’t have to do this, because we know that the lying media are the enemies of the people, they give them [received data] own interpretation — the truth means nothing to them!” — wrote the leader of the United States.

Why was the FBI giving so much information to the Fake News Media. They are not supposed to be doing that, and knowing the enemy of the people the Fake News, they put their own spin on it – truth doesn’t matter to them!

After this message the US President wrote a few posts in which he criticizes the work of FBI. In particular, trump lashed out at Peter Strzok, who led before the start of the presidential race investigation on the electronic correspondence of Hillary Clinton where she passed secret information. He recalled that Strtok worked with the former head of the FBI James Comey, and told her “lover, lawyer Lisa Paige that “we will stop the” trump on the way to the presidency. Witch hunt!”, ends one of his messages trump.

Trump has repeatedly expressed dissatisfaction with the liberal-minded media that are critical of the work of the White house administration and personally the President of the United States. It is also known that sacked the head of the FBI, James Comey organized the press leak and allowed it to his Deputy Andrew maccabe also already dismissed.

Earlier it became known that the plans of U.S. President Donald trump to meet with his Russian counterpart Vladimir Putin are contrary to the interests of senior aides in the national security Council. The environment of the American leader had ignored his wish to start preparing for a new meeting after the APEC summit in the Vietnamese da Nang in November last year. It not the first case of disagreements in the team trump in his attitude to the “Russian question”.