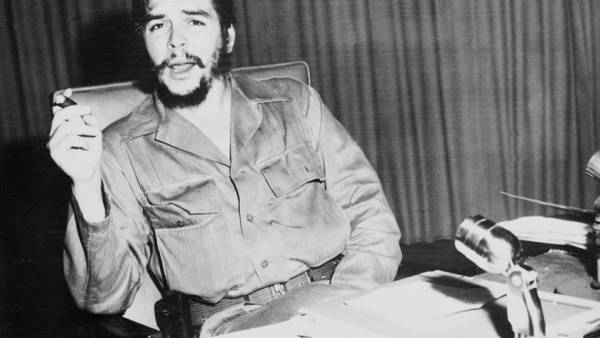 The doctor, an idealist, an intellectual, a poet, a soldier, fighting with weapons in hand, charismatic man — in leftist propaganda, Che Guevara, who was born 90 years ago, appears that way. Rebels, revolutionaries buy t-shirts, caps and other things, with its famous portrait, believing that thus they will be able to change the world. Hardly anyone thinks that the blown up image has little in common with Che Guevara real — capricious, unpredictable, cruel, and bloodthirsty murderer and a bandit, chief executioner of Fidel Castro’s regime, which turned the once prosperous Cuba into a concentration camp. Who really was Che Guevara and why he subsequently turned away even the closest companions to understand”.ru”.

He ordered the boy, who looked to be not more than 14 years, to kneel. A few hours before that, the teenager tried to stop the executioners of the troops of Ernesto Che Guevara executed his father. “Murderers, murderers!” — shouted the boy then. Now he himself was threatened with death. However, instead of following orders, he firmly staring at the face of Guevara, shouted: “If you want to kill me, you’ll have to do it when I’m standing. Men die standing up!”.

Then angry Che took the gun from a holster and put a gun to the head of the boy, pulled the trigger. From this shot the boy’s head smashed to pieces.Stinking Th

Ernesto Guevara was born in the family of a wealthy landowner and came from a noble family of Spanish and Irish nobility. Such a noble origin to one who was later called the convinced Communist, did not hesitate to brag about even becoming a revolutionary.

In early childhood he was diagnosed with asthma, from which he suffered all his life. To nine years of his education at home mother. He spent hours lying in bed, reading books on philosophy and poetry, often played chess.

Then he came to the second class. According to the Director of the school in the town of Alta Gracia, in spite of his mind, he was not the ringleader of the class, but the school Playground was a mischievous leader. He loved to shock the children used to eat chalk in class, drinking ink, he loved to play toreador. On the street with a slingshot Ernesto fired at the lights, and in order to revenge, once smeared shit made of ivory keys of his piano.

His cruelty has become manifest in childhood, he took part in all boyish fights, mercilessly beating rivals to the blood. In addition, according to one of his cousins, little Guevara torturing animals.