Stephen king called for the release of Oleg Sentsov

American writer Stephen king made a speech in support of Ukrainian Director Oleg Sentsov, who was sentenced in Russia to 20 years in a penal colony for preparing attacks in the Crimea. About this king wrote on Twitter on the night of 15 June. 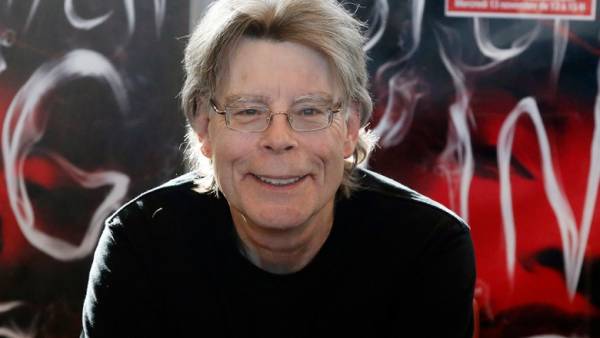 “Today is the first day of the FIFA world Cup and the 32nd day of hunger strike of Oleg Sentsov, — said the writer. — Join my call to release Ukrainian film Director, imprisoned unjustly in Russia. Time is running out and he may die for their views.”

Today is day 1 of the @FIFAWorldCup and day 32 of Oleg Sentsov”s hunger strike. Join me and @penamerican in calling for the release of this unjustly imprisoned Ukrainian filmmaker in Russia. Time is running out, and he may die for his views #FreeSentsov https://t.co/uViLsbo2N5

Sentsov in August 2015, was sentenced in Russia to 20 years in a strict regime colony. The court found him guilty of preparing attacks in the Crimea and the creation of terrorist groups.

On may 14 of this year Sentsov went on hunger strike to demand the release of all Ukrainians illegally held in Russia, and continues until now.

The presidents of Russia and Ukraine Vladimir Putin and Petro Poroshenko a week ago, discussed by phone the exchange of “detained persons”. They agreed to allow to prisoners of commissioners for human rights. This week he arrived in the Russian Commissioner for human rights in Ukraine Lyudmila Denisova, but it was not allowed in the colony to Sentsov. She was invited to visit him after June 22, but she refused.