Matviyenko called the condition of returning of Russia in the G8

If Russia will get an offer to return to the format of the G8, Russia would accept it, dialogue is necessary, said the speaker of the Federation Council Valentina Matvienko on Friday, June 15. 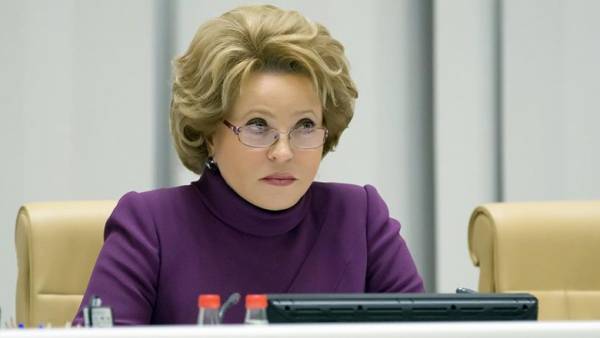 “We have somewhere to work — this “twenty”, and the SCO and BRICS. But if we follow the invitation to return, we will take it, a dialogue is necessary, we are convinced,” quoted Matviyenko “RIA Novosti”.

Before the summit “the big seven” (G7), held on 8-9 June in Quebec, the US President, Donald trump declared necessity of returning of Russia in this format.

The participants of the meeting “the big seven” in Canada from the EU (France, Italy, Germany and the UK) unanimously voted to return to Russia on an informal forum.