Since 1992, as shown by a new study, Antarctica has lost about three trillion tons of ice. However, as scientists have identified, since 2012, the melting of the ice is greatly accelerated by roughly three times, respectively, and accelerated sea-level rise. 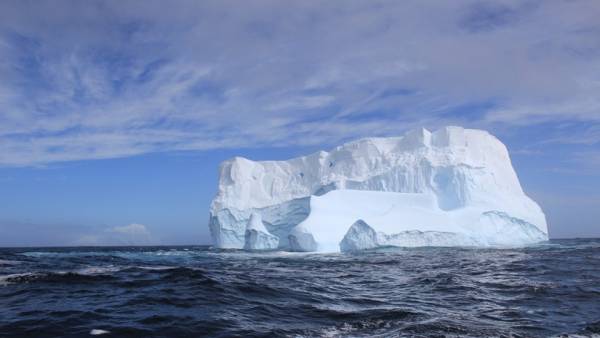 An international group consisting of more than 80 scientists conducted a study which evaluated how fast is the Antarctic ice melts in the last 25 years — from 1992 to 2017, the Results, as expected, frightening. Thus, experts have determined that the rate of melting of Antarctic ice and therefore a rise in sea levels — have increased since 2012 three times. In the new work, the researchers used satellite data from 24 studies.

The study showed, until 2012, Antarctic ice has declined in a relatively stable temp of about 83.8 billion tons per year. In future years, the reduction is greatly accelerated — up to 241,1 billion tons, i.e. about three times.

The reduction of ice, of course, contributes to sea level rise, which, consequently, also accelerated. Thus, according to the researchers, the sea level increased overall by 7.6 mm since 1992, and almost half (3 mm) this figure is an increase over the last five years.

Western Antarctica has suffered the most: with 2012 she began to lose average 175,3 billion tons of ice per year, while in the 1990s, her ice has decreased on average of 58.4 billion annually. Although, as the study showed, East Antarctica, by contrast, adds about 5.5 billion tons of ice every year, it is still just a drop in the ocean — given the speed with which melting other parts of the continent.

In the future, the researchers plan to study with what may be due to the increase of the rate of melting of Antarctic ice. Scientific work was published in the journal Nature, and briefly about it reports the portal of the New Atlas.