In absentia arrested the businessman accused of theft of “Gazprom oil”. 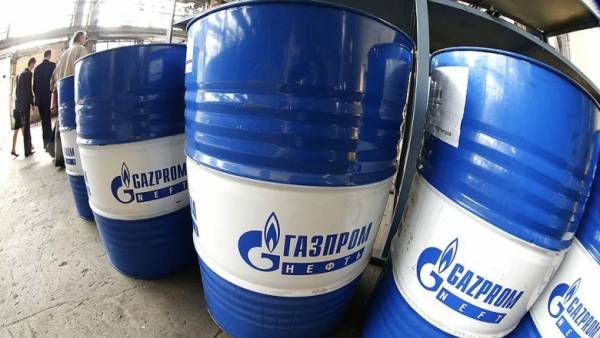 As it became known””, the Metropolitan police announced an international search of the former General Director “Service-terminal” Valeria the Drell. According to investigators, led them through the company that provided the services, PJSC “Gazprom Neft” was stolen almost 2 billion RUB in 2011 “Service-terminal” received from PAO of almost 60 billion rubles in the framework of a long-term contract, but then could not account for part of the money which the police found stolen. Mister the Drell had gone abroad before the start of the investigation and pleads not guilty. According to his lawyers, ordinary civil dispute, the interior Ministry wrongly translated in a criminal plane.

Valery Drell became the first and only person involved in criminal case about large fraud (part 4 of article 159 of the criminal code). On 13 January this year he was charged in absentia, and two days after that, Mr. Drell declared wanted — while Federal, since his whereabouts were not established. Later investigators of Department of internal Affairs Severo-East district leading at the moment, the investigation found that Mr. Drell still on 20 September 2016 left Russia and since that time home has not returned. But because it was put on the international wanted list, and the Babushkinskiy district court of Moscow sanctioned the arrest in absentia of Lord Drell.

Protection of the businessman insisted on the illegality of its announcement of the investigation and the remand, explaining that he went abroad on business and currently works there.

“Valery the Drell did not hide from the bodies of preliminary investigation and court, since at the time of going abroad a criminal case was not”, — wrote the ex-the General Director “Service-terminal” in its complaint in the court, stressing that while he did not have the status of not only the accused but even suspect. However, the appeals instance left the decision about the arrest in force. “We believe as the investigation and the arrest in absentia of the illegal and unjustified”, — said “Kommersant” the lawyer of Mr. Drell Eugene Rubinstein. According to him, he and his colleagues do not intend to stop fighting, explaining that there is still the opportunity to submit two appeal — in the Moscow and the Supreme court.

He also explained that his client is guilty categorically does not recognize. The defender did not reveal the whereabouts of his client and his occupation, citing attorney-client privilege.

However, he noted that Mr. Drell personally not ready to comment on the situation, citing some “personal reasons”.

We will remind that criminal case about large-scale embezzlement of funds of JSC “Gazprom Neft” has been initiated at the request of the Ministry of internal Affairs of the Central district of Moscow in the beginning of last year. At the same time, investigators recognized PJSC injured party. However, in the case for a long time, figured only some “not established by the result of the person”. Meanwhile, according to some, in may last year, investigators are actively questioned many of the staff “Service-terminal”, which was brought to Moscow from Yaroslavl (where was located the customs broker). However, they remained in the status of witnesses. However, as said Mr. Rubinstein, he had “no evidence that Valery the Drell was invited to at least one interrogation.”