Press Secretary of President Vladimir Putin Dmitry Peskov has named a high-ranking foreign guests of the opening of the football world Cup (2018 world Cup), which kicks off on June 14. 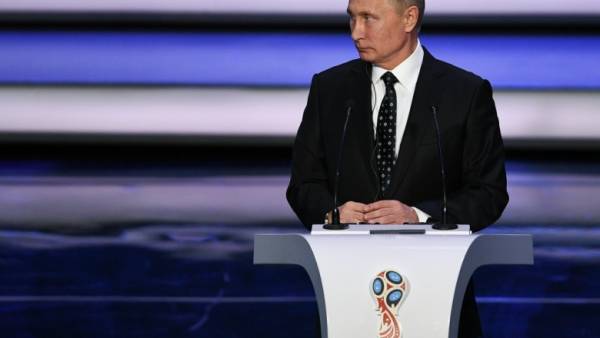 Over the next month, will continue until the championship is expected the visits of leaders and other States to the extent that, as will emerge the tournament table of the national teams, said the representative of the Kremlin. Answering the question about the possibility to invite the President of the United States Donald trump, Peskov said Putin’s words that Moscow will be glad to see all foreign guests. “Of course, this also applies to guests of the United States of America at the highest level”, — said Peskov.

The 2018 world Cup will be held in 11 Russian cities from June 14 to July 15. In the opening match, on Thursday, the Russian team will play with the players of Saudi Arabia.