Japan is concerned about the possible termination of the exercise, U.S. and South Korea

Japan is concerned about the statement of the President of the United States Donald trump about the possible suspension of military exercises in the Korean Peninsula, as us-South Korean maneuvers are important for regional security. This was stated by the Minister of defence of Japan, Itsunori of Onodera. 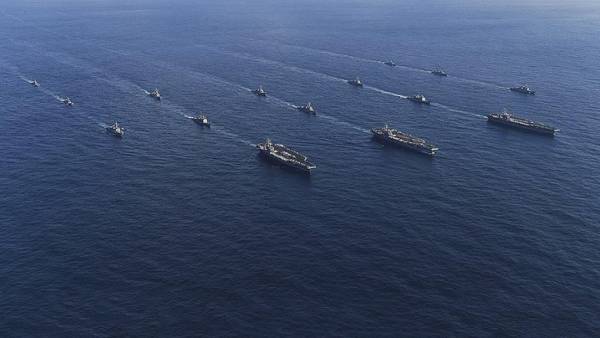 As reported by Kyodo, the Minister said that Tokyo would not change its position on the need to continue the pressure on North Korea.

Military exercises the US and South Korea, and American troops in South Korea play an important role in ensuring security in northeast Asia.Itsunori Underminister of defense of Japan

The head of the Japanese defense Ministry added that it is necessary to achieve the complete denuclearization of North Korea.

On 13 June it became known that trump is meeting with North Korean leader Kim Jong-UN expressed the desire to suspend military exercises with South Korea, which Pyongyang sees as a threat to improving relations. Also, the us President announced the desire to remove sanctions against the Republic.

A day earlier in Singapore, was the first ever summit of the leaders of the United States and the DPRK.

According to the results of negotiations was signed the document envisages the strengthening of cooperation between Washington and Pyongyang.