Spectacular USA Robert Mueller asked the court to limit the range of persons who may have access to the materials of the investigation of alleged Russian intervention in elections in the United States. It is reported TASS with reference to materials in the archives of the court. 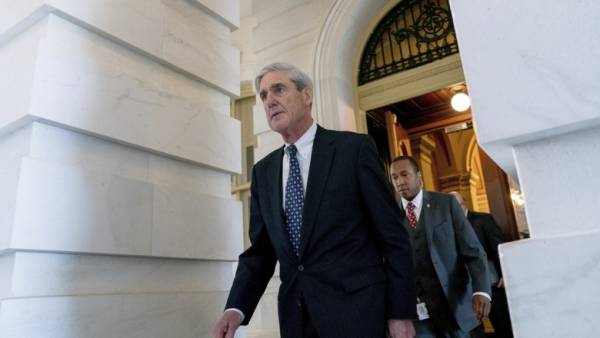 In the petition of spectracolor refers to limitations in the transfer of documents to the lawyers of the Russian company Concord Management and Consulting, which is suspected of involvement in the intervention.

It is noted that pertinent information can be useful to foreign intelligence services in the “future operations against the United States”.

In particular, the disclosure of these data will allow exploration of other countries not only to learn about the techniques used by the US, but also to “adapt their behavior”.

“According to government estimates, in General, all documentary evidence that pertain to this inquiry is from 1.5 to 2 terabytes. Evidence includes data on hundreds of accounts in social networks, as well as information obtained from owners of mail servers, financial institutions, and from other sources”, — quotes Agency the extract from the explanatory notes.

As a team, Mr. Muller did not rule out that some Russian companies and individuals continue to carry out “interventions”.

In may, the Senate and House of representatives of the U.S. Congress concluded its investigation on “the Russian intervention”. However, lawmakers disagree on whether there was collusion between the President of the United States Donald trump and the Kremlin and could Moscow to influence the outcome of the vote.