The clouds are gathering. The head of the IMF warned of the threat to the global economy

MOSCOW, June 12 — RIA Novosti. The threat of trade wars between developed countries increases the risks for the world economy, said the head of the International monetary Fund (IMF) Christine Lagarde. 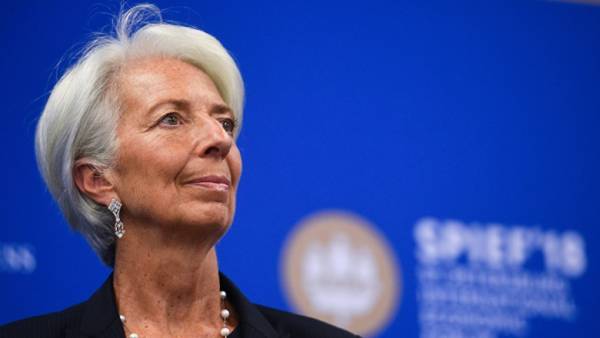 “Clouds on the horizon, which we warned about six months ago, are gathering by the day” — quoted Lagarde to Bloomberg. This statement the head of the IMF was made on Monday after the G7 summit in Canada, in which she was involved, the newspaper reports.

According to Lagarde, “the biggest dark cloud” over the global economy is the risk of the erosion of trust caused by the “attempt to question the methods of trading, interactions on the world stage and the work of international organizations”.

Despite the criticism of protectionism, which was her more acute, the head of the IMF did not mention directly the property trump, who established a number of import duties, particularly on steel and aluminium, says Bloomberg.

Earlier, Donald trump has refused to put his signature under the final communiqué of the G7 summit in Quebec city, expressing dissatisfaction with the statements of canadian Prime Minister Justin Trudeau about the us of trade duties.

In late March, Washington imposed import duties on steel at 25 per cent, and aluminium 10 per cent, which were distributed including traditional partners of the USA — Canada, India, Japan and EU countries. Brussels has promised to retaliate.

Christine Lagarde: the clouds over the global economy are gathering.