Turkey stated of readiness to use the s-400 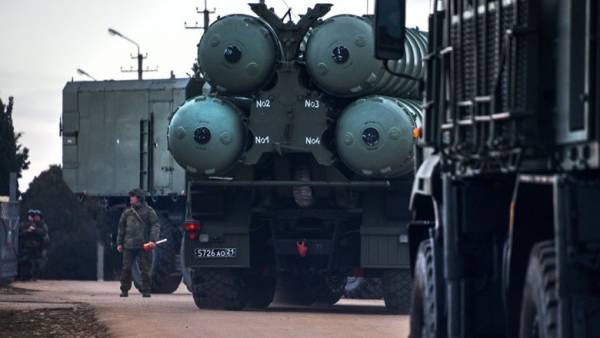 Erdogan also noted that for several years, Ankara has sought similar weapons from the United States, but was refused. According to the President, Turkey was “tired”.

“Russia has responded to our requests pretty attractive proposition. They (Russian. — Approx. ed.) said that even go for joint production. They offered us quite a good terms of the loan,” — said the head of state.

In December 2017, Turkey and Russia signed a credit agreement on anti-aircraft missile systems s-400. Ankara would buy the two batteries in SAM that will be covered by Turkish personnel. The parties also agreed on technological cooperation in development of production of s-400 to Turkey. Erdogan said that the advance payment for contract already made.

America and other NATO officials have repeatedly criticized the decision of Turkey. Assistant Secretary of state Uess Mitchell stated that the purchase of s-400 can adversely affect the delivery of American F-35. The head of the Alliance’s cyber defence Christian Liflander stressed that Russian-made weapons are hardly compatible with the relevant systems, consisting on arms of the countries — members of NATO.