The reason was the disconnection of the substation “Taman”. 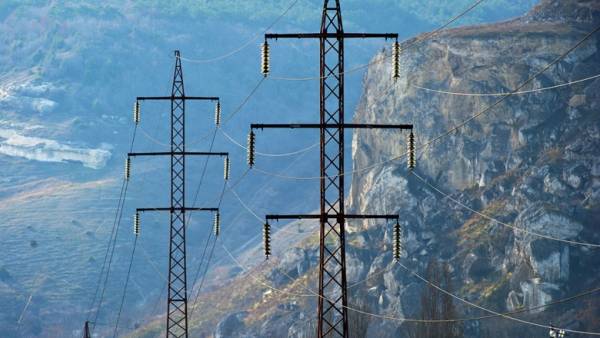 In Crimea on Wednesday afternoon has caused serious shortages of electricity, said the Agency “Kriminform”. Its sources told that the whole area of the Peninsula, including Sevastopol were de-energized. Information about the problems the Agency was confirmed by the representative of the electric company “Kubanenergo”. According to him, there was a massive technical outage on the line, supplying the Crimean Peninsula with electricity, the causes are being investigated.

“The substation “Taman” because of the surge worked emergency automatics and disabling lines. The whole of the Crimea remained without light,” wrote the head of the Crimea Sergey Aksenov in the Twitter about 16.00 (time coincides with Moscow). He promised that the power supply of the Peninsula will be restored in three hours.

On the Taman substation due to power surges triggered emergency control system and disconnect lines. The whole of the Crimea remained without light. For three hours the electricity supply will be restored. Please keep calm. #Crimea #Russia

Failure on substation “Taman” took place in 15.03, the crash site was taken out of work, said the Ministry of energy. Resident Zander told the correspondent of “Vedomosti” about 15.50, that electricity in the city was not within 30 minutes, also saw the disruption of mobile communications, in particular, was not working MTS. The correspondent of “Vedomosti” about 16.00 unable to make contact by telephone with five randomly selected residents of Simferopol.

A resident of Sebastopol passed “Vedomosti” (it was the first successfully passed an incoming call) that the power went out at approximately 13.00, details about the incident, he did not have. In Sevastopol there is no light in about 40 minutes, told “Vedomosti” about 16.00 GMT another local resident. Stores and traffic lights in the city are approximately 15.50, said another resident of Sevastopol. The gas station in town has diesel generators, has transferred “RIA Novosti”.

The resident of Yalta who placed the ad about renting an apartment, told “Vedomosti” presented by the tenant, close to Massandra beach there is no light for about an hour, that is from 15.00 GMT. Two residents of Theodosia, who also rent the apartment on Avito, said that in light there is a problem with communication not observed. However the correspondent managed to get through only two of the seven random people in Feodosiya.

In 16.11, the Agency “Kryminform” with reference to a source in “Krymenergo” reported that the supply of electricity to polustrov resumed, to end-users the light will return in the near future. A few minutes later the correspondent was able to successfully get through three of the five randomly selected residents of Sevastopol. The electricity in the Crimea now include the source told “Vedomosti” in the Ministry of energy. “There is a gradual increase in load. Soon everything will work,” he said.