The official representative of Russian foreign Ministry Maria Zakharova commented on a photo from the summit “the Big seven” in Canada. 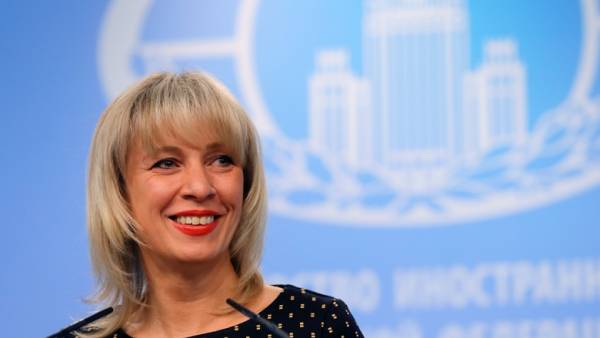 MOSCOW, 11 Jun — RIA Novosti. “The last few months photojournalism takes a new foreign policy height. And every time, the first time seeing such a picture I think: “Photoshop, of course. This can not be.” And then it turns out he can, but still not so”, — he wrote in Facebook.

According to her, about what was discussed with leaders of member countries G7 behind closed doors, can be seen in the pictures.

“No matter what doors were closed. One frame, and the curtain raised,” — said Zakharov.

Earlier in the network appeared the photo on which German Chancellor Angela Merkel strictly looks at us President Donald trump, who sits at the table, arms crossed. Near Merkel met European leaders, next to trump his Advisor John Bolton. Between them stands Prime Minister of Japan Shinzo Abe. When it took the picture politicians sitting President of the United States. Frame that became viral in social networks, took an official photographer of the Federal government of Germany.