Zakharchenko called the overall goal of the DNI and LC

MOSCOW, 9 Aug — RIA Novosti. The overall objective of the self-proclaimed Donetsk and Luhansk people’s republics — to take territory that they believe is theirs. In an interview with RT said the head of DNR Alexander Zakharchenko. 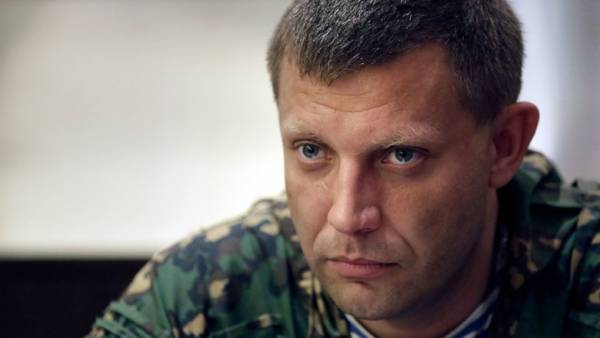 “As soon as we succeed, we will think further how to live — alone or with Confederation, maybe it will be a merger or integration. And on what terms it will all be organized,” — said Zakharchenko.

Chapter DND added that the two republics will always come to each other for help: both General policy and common problems.

Previously Zakharchenko said that the settlement of the situation in the Donbas should be a direct dialogue of Kiev with the self-proclaimed republics. He also noted that militia units fully comply with the agreement may not be moving in the neutral zone at the line of contact.