Putin presented to XI Jinping a bath of Altai cedar 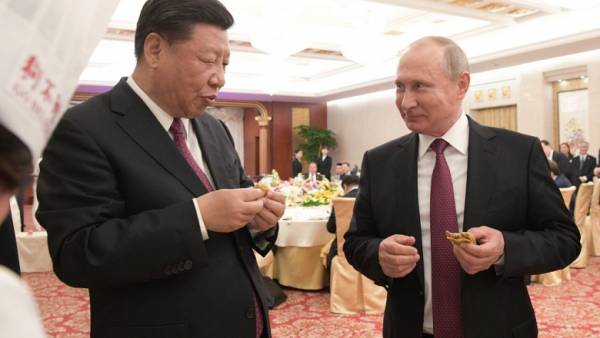 On Friday, the leaders of the countries held talks in Beijing ahead of a summit of the Shanghai cooperation organization. According to Peskov, during the exchange of gifts to the Chinese President was shown the sketch of the baths, as well as a cross-section of a tree on which it is possible to estimate the size of the logs.

The Chinese side will choose a place and our experts will install it.Dmitry Pescovitz Secretary of the President of the Russian Federation

After Russian-Chinese talks, Putin on Friday visited the port city of Tianjin, where, together with XI Jinping made the national Chinese dishes, in particular baozi goubuli, and tried them. During a visit to China Putin the first head of state was awarded the order of friendship of China.

Before his visit to China, Putin kept secret, what a gift he has prepared for the Chinese leader. “What would that be a surprise if I say that will bring him a gift?” — Putin said in an interview with the Media China. “Let it be until a secret which will remain between me and you, the President said the journalist. — I then you whisper in my ear”.

Chairman XI Jinping mentioned that he likes Russian ice cream, so I brought him a gift.Mr Putinprime of the Russian Federation

According to the Russian President, he and the Chinese leader exchange “some stuff”.

Putin also said that XI is the only existing leaders, with whom he had to celebrate his birthday. “We made it very simple. I will not hide, we drank a glass of vodka, just cut some sausage,” Putin said, describing a colleague as “very accessible and humanly natural man”.