MOSCOW — RIA Novosti. The Federal service for supervision in education and science (Rosobrnadzor) will prepare a claim in connection with unconfirmed reports of an alleged leak of jobs of Unified state exam in mathematics and chemistry, told reporters the head of Department Sergey Kravtsov. 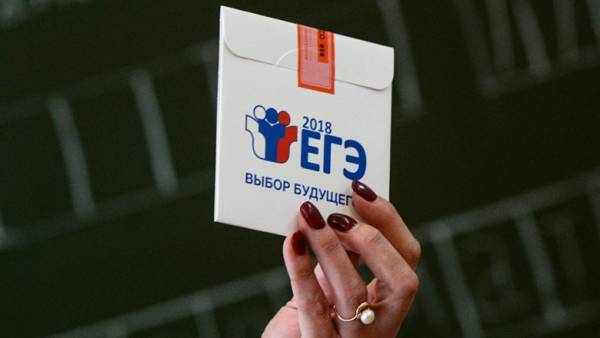 Earlier, the founder of the project “I Decide use”, the mathematics teacher Dmitry Gushchin reported leaks on the math and chemistry. According to him, some of the exam tasks had long been posted online and students could learn the answers. He later denied the information about the leak.

“I do not exclude that this provocation. A lawsuit we prepare to continue no one was so shameful in the time of the most important events in the life of each student to make unverified statements,” — said Kravtsov.

The head of Rosobrnadzor said that the leak was not as “technology eliminates this opportunity.”

“All assignments are written in Moscow, encrypted, developers do not know the final versions of the exam. They are then shuffled and laid out completely different people who don’t know what they are doing. Linked not the tasks themselves, each task is assigned its own code. I technology tell you a little bit. And mixed numbers. People figures mix. No one has access to measuring materials. Access is provided after all the exams are completed, in order to carry out the processing of the results,” — said Kravtsov.