MOSCOW, 7 June. /TASS/. Russian President Vladimir Putin guarantees the growth of the Russian economy in the short term. He stated this during a “Straight line”. 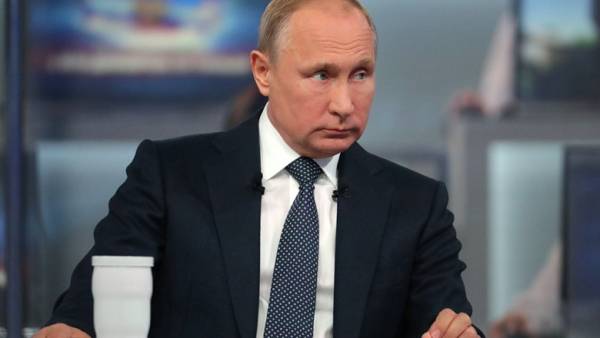 “If we talk in those terms: white, black, grey — in which lane we are now, we are moving towards a sustainable white”, — Putin said.

The head of state noted that Russia has entered the path of sustainable economic growth and achieved the historical minimum of inflation. Putin also added that Russia has reached the steady growth of real incomes of citizens.

We went on the path of sustainable economic growth. Yes, this growth is still modest, small, I’ve already talked about this, but it is not falling, and growth is 1.5% over last year, the growing industry by percent, agriculture is growing steadily, and all have become a steady trend.Vladimir Putin

In addition, the President noted structural changes in the economy due to rising exports of machinery and equipment and agricultural products.