Moscow. June 5. INTERFAX.RU — Two rounds of negotiations, which the mayor of Tbilisi Kakha Kaladze held at midnight and on Tuesday night the first in the city hall with representatives of the striking motormen of the Metropolitan “subway”, and then in Gldani depot with all are there participants, ended without any concrete result. 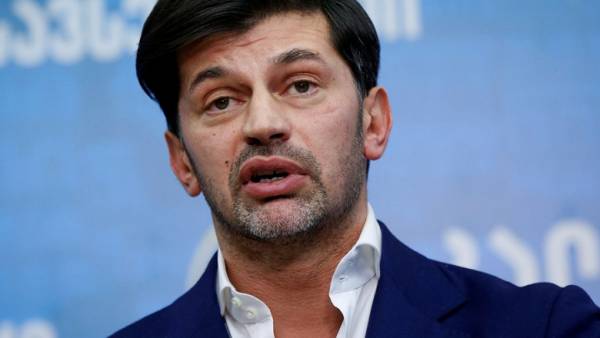 The first round of negotiations took place over 40 minutes, during which the parties failed to reach a particular result, the second lasted about two hours, after which they never came to a final agreement.

Meanwhile, as has declared to journalists by the mayor of Tbilisi, he hoped that in the near future an agreement will be reached and the metro will work.

#Tbilisi metro drivers have begun a hunger strike. They say #metro may be closed tomorrow as they might not be fit to work. Earlier, the court banned them from striking ‘during working hours’. For background, read: https://t.co/54nwWHKGgY pic.twitter.com/IJw22mk2ss

“We ended the meeting. Explained to them (the striking train drivers — if) current financial position as at city hall and in the company. They again talked about their needs and problems, past all the details and hope that in the near future will be able to come to an agreement, and the metro opens,” — said Kaladze.

While it is not known will start or not from Tuesday morning work underground.

The mayor of Tbilisi and his deputies have already left the Gldani depot, and the striking machinists remain there and continue the strike. According to them, the proposal of city hall to begin discussions about raising salaries in 2019, is not acceptable to them.

Earlier, the protesters said that their action is permanent and they will not start work until then, until the company can satisfy their demand of salary increase. They need to increase hourly pay for their work, which currently is 7 lari, 10 lari (about $4), or 45%.