First in history: the people of San Francisco elects a new mayor

WASHINGTON, 5 Jan — RIA Novosti. Mayoral elections will be held on Tuesday in San Francisco in the U.S. state of California. Regardless of who wins, this person — he or she will go down in history for a particular “feature”. 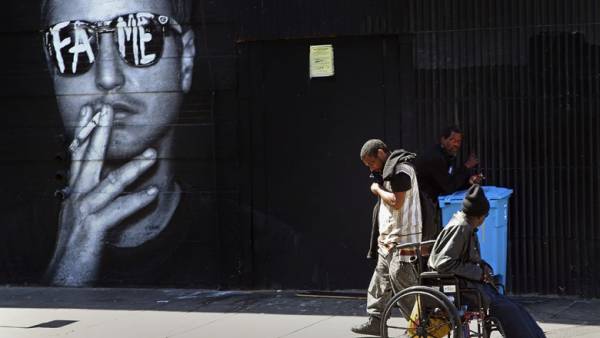 The fight for the honorary and responsible post of the head of one of the most famous cities in the United States took place between the former head of its Supervisory Council and ex-mayor London breed, a lawyer and city administrator Jane Kim, as well as former California legislator mark Leno.

Color, race, and orientation are of value

The victory, though not certainly, the first tipped — brides. If that happens, she will become the first African-American to be elected mayor of San Francisco. In General, for the US case will not be unique — black women lead the U.S. capital Washington, Baltimore city (MD) and Charlotte (North Carolina).

Win Kim will be more important in the whole country: in the case of successful candidate-Koreans it will be the first American of Asian descent, won the post of mayor in the United States.

If the citizens will choose Leno, he will become the first mayor in the United States to talk openly about his sexual orientation.

Victory of two women candidates will be placed in the broader campaign for gender equality launched in the US in recent years. According to historians, a woman held the post of mayor in San Francisco, the liberal and democratic center of the United States, only twice. Both times, reminiscent of The Atlantic, this post has got to them resulting in the death of acting mayor of the city, not after the elections.

So, in 1978, the mayor was the current Senator, the infamous Dianne Feinstein. It is entrenched in the post and it took a decade, having served two consecutive terms. Then she lost in the gubernatorial election, was elected to the Senate, where it remains still.

Brides, like Feinstein at the time, led by the city oversight Board, therefore, passed a post of the mayor after the sudden death in December last year, ed Lee. He, incidentally, was the first Asian in this position.

Sorokatrehletnyaya brides remained mayor for only six weeks, after which he was forced to leave the office of mayor under pressure headed by its Supervisory Board. It, including the efforts of its current rivals, Kim, felt that the duties of the mayor will give brides an illegal advantage over other participants in the race for the title of mayor.

The post of mayor was temporarily occupied by mark Farrell, a white male that has a housewife and two children. The resignation of the brides was seen by many as a manifestation of racism.

The election platform of the candidates (all three represent the Democratic party) in General are similar and correspond to the liberal sentiments of the citizens: they support marriage between people of different sexual orientation, in favor of raising the minimum wage and sharply criticized the immigration policies of President Donald trump, protecting the right of San Francisco to be the so-called city of refuge, the authorities which are not issued by the Federal authorities of illegal immigrants.

The differences in the programs relate to more local issues, in particular the homeless and the poor. So, writes The Atlantic, brides takes the most moderate position among the three candidates.

Opponents criticize her for the support of commercial developers and funding of major investment business. United against breed, Kim and Leno recorded a joint propaganda video.

Brides itself declares the intention to expand the program construction of social housing for the homeless, promises to fight drug addiction, to restore order on the streets. The same overall promise and its rivals, but to more modest Finance their campaigns say this with a much smaller scale.

Given that all three candidates, each of which represents a particular social stratum of the city, are Democrats ready to face the same problems, not a small role in the outcome of the race can play the origin of each of them. Here the advantage is only at brides.

Kim, which is considered the most progressive candidate is in this context, “weakness”: she was born in new York and came to California, enrolling in Stanford University. The legal profession she has chosen not casually: grandfather 40-year-old Kim was a judge in Seoul, and her father, after immigrating to the United States and worked as a judge in new York.

Professional activities of the candidate, who studied in prestigious private schools in new York, began in the city Department of education San Francisco. Then she was elected to the Supervisory Council of the city, where he worked under the guidance of the breed.

The latter emphasizes that, unlike rivals, is a native of San Francisco, where he was raised by his grandmother in poverty in a government provided apartment. One of the sisters the brides died from a drug overdose, the other is serving a prison term.

Leno, who is 66 years old, born in Wisconsin in a family of Russian Jewish immigrants. At the invitation of the sisters moved to San Francisco at the end of the Institute of Jewish culture and religion in new York. For the past 14 years he served in the state Senate. He actively supports the fight against the AIDS epidemic, which in 1990 had died by his partner.

Of all three candidates Leno that is most involved in politics for a long time and enjoys broad support of voters Mature, Kim popular among young people, brides supported the largest representatives of the tech industry city, for whom safe and affordable San Francisco is a guarantee of success.

Arithmetic in the spirit of San Francisco: 2+3 = win

Despite the fact that the breed is the favorite of the race, taken in 2002 election rules in San Francisco give her opponents a lot of chances to win. In the course of voting citizens don’t just specify the name worthy, in their opinion, the victory of the candidate, but make a ranking of three of them. If the results of the elections no candidate wins a majority, second place gets the voices of those who scored the least number of votes. Thus, victory is determined between the two candidates, the mayor is the one who got maximum number of votes.

Given this, in late may, Kim and Leno announced that they unite their efforts and encouraged the electorate to vote for both of them, regardless of who causes the greatest sympathy. Brides on their initiative answered a call to indicate its name in all three positions and refused to join any alliances.