WSJ: the US administration is discussing the possibility of organizing the meeting, trump and Putin

The white house is discussing a possible meeting of the presidents of the United States and Russia. About this newspaper The Wall Street Journal, citing sources familiar with the situation. 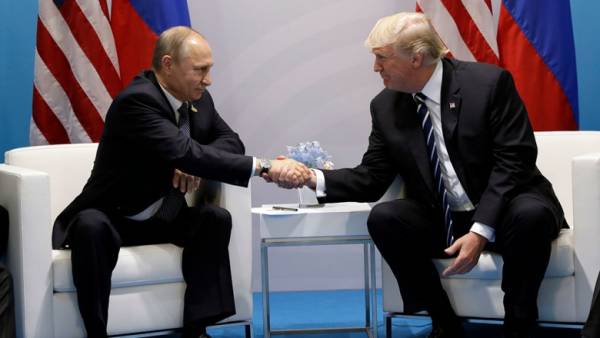 According to the publication, the discussion is at an early stage and the parties have yet to agree on a date and place. A senior official in the US administration told the WSJ that the US Ambassador to Russia John huntsman came to Washington to help organize a meeting between Donald trump and Vladimir Putin.

It is expected that the focus of the potential of the summit will be Syria, Ukraine and the issues of nuclear arms control. Interlocutors of the edition noted that the purpose of the meeting could become “a solution to long-standing differences” on these topics.

In mid-may, Deputy foreign Minister Sergei Ryabkov told “Kommersant” on the sidelines of the event, the Valdai discussion club that Russia is not discussing with US the preparation of the meeting of the presidents. Before that, Russian foreign Minister Sergei Lavrov announced about the readiness of Putin to meet with Donald trump. Earlier a source””, close to the Kremlin do not exclude that the meeting of Vladimir Putin with the President of the United States could take place at the G20 summit in Buenos Aires.