The aircraft carriers China is arming for trade war with U.S.

In the Chinese press about the dispute military analysts about the nuclear rearmament of the country. 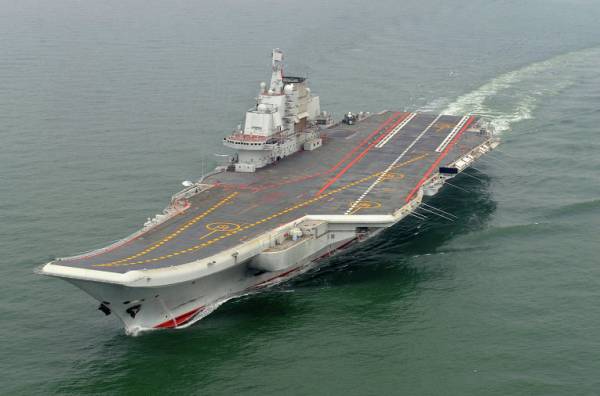 First was the publication in the Hong Kong newspaper that the Beijing unprecedentedly accelerated the development of nuclear weapons of new generation spends an average of up to five tests per month, greatly surpassing in this part of the United States. These tests are conducted, of course, in a simulation of the explosion, which uses a gas gun, so-called impactors and supercomputers. Real explosions today — is that for North Korea, and that from them are about to give up. But one way or another question the author of the publication is about creating a new generation of nuclear weapons in pursuit and driving in the USA.

In response, Beijing military expert told the publication: five trials per month is incredibly a lot, and most importantly, very necessary. Everyone is having such a laboratory pad — Russia, USA, UK, France and China, not only to develop weapons of new generation, but for the sake of clarification, do not go do down existing charges (they are after all the average life is 30 years).

And most importantly: China, Beijing expert reminds, has the least number of warheads of the five listed “official” nuclear powers and does not intend for anyone to overtake.

Here it is necessary to add, that he who began a discussion of the Hong Kong newspaper —the English-language South China Morning Post, whose owner is the star of the Chinese business Jack MA (founder of Alibaba group).

But Beijing has said the Central press — English-language Global Times, and then the flagship Renmin Ribao. That is, we have an authoritative amendment with a common sense: Yes, work on nuclear warheads carried out, but no need to hype — as usual.