“Motorists are not a cash cow”

To protest against the increase in gasoline prices joined in Omsk. 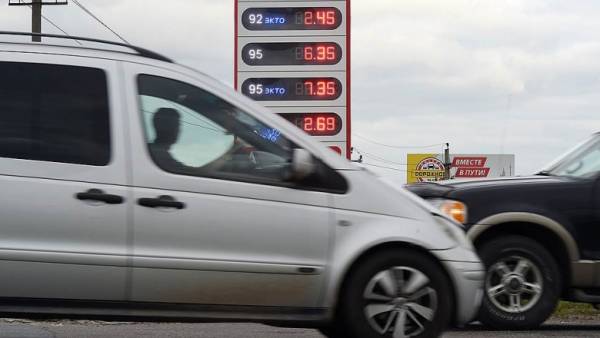 A rally in Omsk against rising prices for fuel and lubricants (POL) were collected, according to organizers of the event, about 300 people. The protesters wrote a message for the direct line with Vladimir Putin with the requirement “to stop the tyranny in the country and lower fuel prices”. Also Change.org hawks began collecting signatures for a petition to the President of the Russian Federation with a proposal to set regulated prices at the pump.

Today in Omsk held a rally against rising prices for fuel and lubricants (POL). The rally was held in Victory square, the rally was agreed with the authorities. It was organized by regional branch of party “the Apple” and public city Council. As told “Kommersant” the Chairman of Omsk “Yabloko” Tatiana Nagibina, the rally was attended by about a hundred residents. The application was filed for 300 people.

“One of the main slogans that sounded — “No increase in fuel prices”. There were also posters “Down with corruption in government, When we demand, we argue when silent — finish us”, “Motorists are not a cash cow””, — said Ms. Nagibina.