In Sochi for ten days will be disabled daytime broadcasting due to technical works on the city’s TV tower. 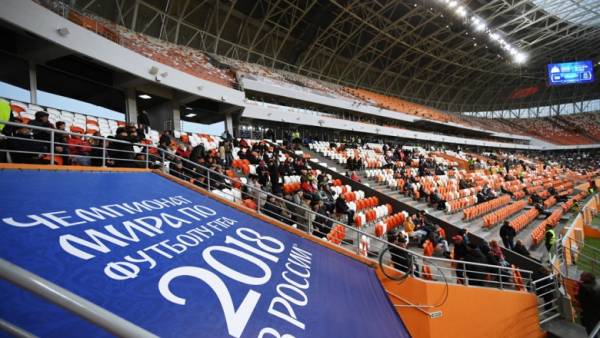 “From 21 to 31 may at the tower maintenance work on the installation of led lights, which will create a festive looks during the Sochi matches of world football championship”, — told “Interfax” head of the transmitting station of Sochi Vladimir Lukyanov.

Mr. Lukyanov said that the broadcasting of TV channels and radio stations will be interrupted from 9 am to 18 PM, with weekend restrictions will be lifted. According to him, the led lights that install on the entire height of the tower, will be able to broadcast any images. “If the permit, we will broadcast the matches,” he said. Grand opening decorated with garlands of the tower is scheduled for June 13.

The world Cup will be held in 11 Russian cities in June and July. The opening match will take place on 14 June at the Luzhniki stadium between the national teams of Russia and Saudi Arabia. The final match, which will also be played on the Luzhniki stadium, scheduled for July 15.