The Russian team won the prizes in various categories — from chemistry to robotics. 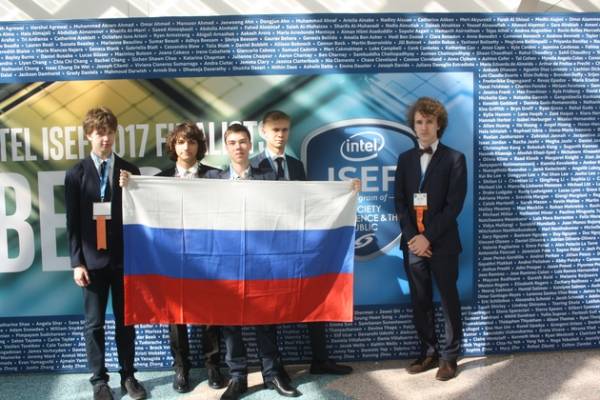 A team of Russian students has taken nine prizes at the world contest of scientific and engineering achievements of International Science and Engineering Fair (Intel ISEF) in the USA. This was announced by the Ministry of education on its official page in Facebook.

Recently in the U.S. Pittsburgh won the international competition of scientific projects of schoolchildren Intel ISEF. It was attended by over a thousand students from hundreds of countries around the world.

“The Russian team managed to take nine prizes in various categories — from chemicals to robotics”, — stated in the message Department.

The participants work affect critical areas of human life and the modern world, notes on the page of the Ministry of education. In the number of competition areas include the search for alternative energy sources, treatment of oncological diseases, acute climatic problem, and many others.

“More than 30% of the participants presenting their work, receive a patent for his invention,” says on page offices in Facebook.

The event was attended by teenagers from 13 to 18 years. Competition koordiniruyutsya nonprofit organization Science Service. The qualifying stages of the ISEF in Russia are “Junior”, all-Russian scientific-practical conference of gifted students Avangard, Baltic scientific and engineering contest, MSU contest “Scientists of the future”, Volga competition of research works of students GROWTH.